Although it has now been consumed by the urban sprawl of Greater Manchester, Stockport is a town with a long history. It first featured in the records as far back as 1170 AD and it was historically an important port and trading centre. In more recent time, Stockport has been the birthplace or home of some very well-known names in the worlds of showbiz, sport and music. 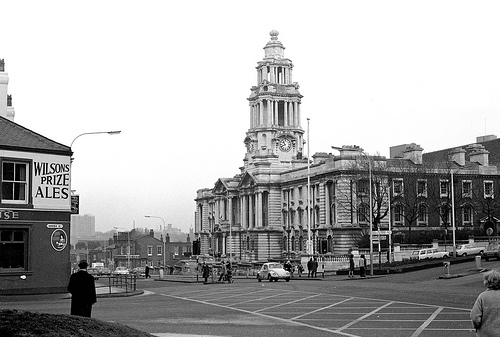 Perhaps the most famous name in the world of music to have hailed from Stockport is Shaun Ryder, the lead singer of the Happy Mondays, who were huge on the alternative music scene in the late 1980s and early 1990s. Ryder is proud of his Mancunian roots and still lives in the area. His battles with drink and drugs are well-documented, but he won a place in everyone’s hearts in 2010 when he appeared on I’m A Celebrity and was runner up to Stacey Solomon. Other stars of the music industry from the Stockport area include Sarah Harding of Girls Aloud and Dominic Howard of Muse.

Manchester is most closely associated with football, but perhaps the most famous name to have hailed from the area is Fred Perry, who is the last British man to have won the Wimbledon Men’s Singles tournament. After his tennis career ended, the Fred Perry clothing line took off and is still popular today. Many other sporting people have links to Stockport, including England test cricketer of the post-war era Fred Ridgeway and footballer Paul Warhurst.

Manchester is the home of theatre and television in the north of England, so it’s not surprising that many of the actors and actresses we have watched in things like Coronation Street have their roots in Stockport. Joan Bakewell, who has had a long BBC career on both television and radio is Stockport born and bred, and from the world of soap, Stockport was where Sally Lindsay of Coronation Street and Will Mellor of Hollyoaks and Casualty grew up. Dominic Monaghan, who starred as Merry in the Lord of the Rings movies was born in Germany, but spent his teenage years in Stockport.

Perma-tanned David Dickinson, who seems to have the monopoly on daytime television antiques programming started his antiques dealing career in his home town of Stockport and had a shop in nearby Wilmslow. Anyone who grew up in the 1980s and early 1990s will remember the anarchic children’s television show Wacaday, whose manic host, Timmy Mallet is another Stockport man. Although his children’s shows are now a thing of the past, Mallet is still active on the pantomime scene and has also popped up on I’m A Celebrity. Ex-Blue Peter presenter Yvette Fielding was raised in Stockport and has a long and varied career. She started off as a straight actress before getting her big break presenting Blue Peter at the age of just 21, making her the youngest Blue Peter presenter ever. Since leaving the show she has forged a career on satellite television, presenting the supposedly spooky but mostly hilarious Most Haunted.

On the Jeanstore website you can find fabulous fashion lines such as the Fred Perry clothing collection amongst many other.