Chile wine tours have brought many travelers into the region to sample hundreds of years of experience in wine production. A combination of Spanish, French, and native Chilean influences have brought this country to the forefront of the wine industry.

Wine was brought to Chile in the 16th century when Spanish missionaries began growing grapes to produce wine for Catholic rituals. Chile has many fertile valleys which were optimal growing climate for vineyards. Other wine producers learned of the success in Chile and began to grow other varieties of grape. 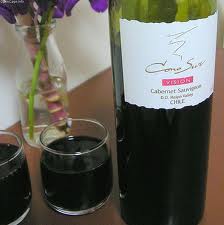 Chile is the only country with large scale vineyards that has never had an infestation of the pest Phylloxera. This is because of its dry summers and its geographic shelter from the introduction of these pests and diseases. Thus, Chilean wines have less need for pesticides when growing their grapes. When French vineyards had an outbreak of Phylloxera in the 19th century, many French winemakers immigrated to Chile.

The following are some notable Chile wine tour regions:

Chile tour season begins in November and ends in April, with January and February being the hottest summer months. Depending on the region you visit, February through April wine tours in Chile offer the most harvest festivals.

Stephen Craig and his team of writers has taken advantage of many guest blogging oppotunities on hundreds of sites. Follow him @SCraigSEO.