Posted in Health
Author: Michelle Lee  Published Date: December 31, 2012  Leave a Comment on The world of Celebrities Drifting away from Botox Cosmetic Injections

Not many people would take this statement as something more than a serious joke but it’s indeed a new incredible turn in the world of celebrities. Ever since Botox was FDA approved in cosmetic industry, many people and celebrities viewed it as a friendly non surgical plastic surgery for over a decade now. Astonishingly, a vast majority seems to be switching from Botox and is embracing the natural look.

Why the dramatic drift?
Well, every person seems to wonder why many celebrities are on the first line to denounce Botox cosmetic injections. Hollywood, for instance, has seen many actors, musicians and models talk bad of this product.
Every person tells a different story about Botox cosmetic injections though there are no life threatening side effects as is the case with surgical plastic surgeries. One of the most renowned Hollywood actors Terry Hatcher frowned against Botox (which of course didn’t show up on her face) for not letting her make faces and frowns when her acting role called for it. This is quite reasonable because the injection relaxes the muscles making it hard to acquire a face frown; not even a forced one.
With the marked increase on the use of this cosmetic product, a good number of users complain of medical complications such as paralysis of the wrong set of muscles e.g the bladder, allergic reactions, inability to close the eyelids and double vision for a couple of days after the injection. Others may show noticeable uneven smiles, drooping eyelids and inability to make appropriate facial expressions. Some scientists have also associated the use of Botox to limited cognition owing to the fact that contraction of the facial muscles sends some signals to the brain, which sends back signals to initiate a given motor action.
But the trend may not be deeply rooted to these side effects since only a limited number from the anti-Botox campaigners has complained of these detailed side effects. Most of them say that they want to look natural; a 30 year old look for a 30 year old and not the sweet-sixteen look for a fifty-something old grandma. 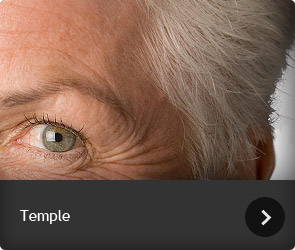 Taking a closer look at the drift
Many people however are not viewing the new celebrity trend as a real drift, but rather a switch between cards. With other wrinkles-reduction treatments available in the market, many are speculating that these anti-Botox campaigners will switch to other milder non-surgical treatments such as non ablative RF, Laser treatments, Dermal Fillers and Dermal Rollers. Some also think that the celebrity world may only drift partially from Botox by taking very small injection doses of the same, while others say that the desirable effects of Botox will beckon them back in no time.
All in all, only time will stage the winner from the two sides of the divide, although the use of Botox will have a marked decrease owing to the stories revolving around it. Gladly, there are other wrinkle-reducing products without the toxin bit in their mode of action or the painful injection experiences during their administration. But if that will not be good enough, skin lotions and creams with very temporary effects and diminished skin enhancement capacity will be the only option.