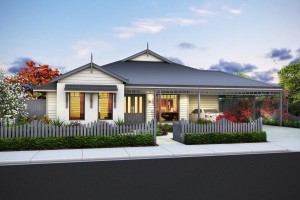 Transportable homes can be either single-wides or double-wides. The latter is made by hauling two single-wides, each lacking a wall, to the same spot and joining them together, so you end up with a larger living space (twenty feet or more in width). However, double-wides are very difficult to move after their initial installation and they tend to hold their value like a traditional home, so chances are the free or cheap used trailer you’ll come across will be a single-wide.

Here are some of the things you should consider

How small is too small?

While it’s easy advise tiny-house dwellers to “just cut down on the amount of stuff you own,” it’s actually a bit trickier for an American used to sprawling through a large house to enjoy life in a trailer or small house. Here are some tips for making small spaces work for you:
Find places to be alone.
It’s good for all of us to have private spaces, even if they’re tiny, outdoors, or down at the local coffee shop.

People who live in transportable homes often find ingenious ways to arrange one area so it performs multiple functions. Is your dining table also counter space for meal preparation and a spot for kids to work on their homework? Does a bathtub in the living room double as a padded bench for company? Can you store seldom-used kitchen equipment on shelves near the ceiling or on hooks in the wall? You’ll probably need to build many of these double-duty pieces of house-scaping yourself, but that’s half the fun.

Get creative about storage.

Many of the things we fill our houses with are just waiting to be used once or twice a year. An unheated, unfinished shed can take a lot of pressure off your inside space—just make sure you don’t store anything there that shouldn’t be frozen and do keep cloth and food in sealed containers to prevent incursions by mice, ants, and other pests. If you don’t have the cash to build a shed and also don’t have nosy neighbors, you can follow my mother’s lead and store winter clothes in junked cars along your driveway.

Since 18% to 20% of all heat lost from an average home comes out the windows and doors (with a similar amount of heat shining in during hot summer months), simple window coverings can make a big difference. You can use a similar technique to maintain interior heat in the winter. Remove coverings from south-facing windows during the day to let the sun’s warmth stream in, then use homemade or store bought window coverings to prevent that heat from radiating back out through the windows at night.

Screen doors and window fans are also effective at lowering indoor temperatures in the summer, using much less electricity than air conditioners do. Again, work with nature to make your efforts worthwhile, closing windows and blocking off screen doors during the height of summer days, then opening everything up and turning on the fans once the outside temperature has cooled down.