Christmas simply isn’t Christmas without a classic movie or three on Boxing Day. So no matter whether you’re a fan of soppy films that make you shed tears into your giant box of Roses or prefer action to mush as you munch on turkey leftovers, this list of top films is sure to delight you over the festive season. 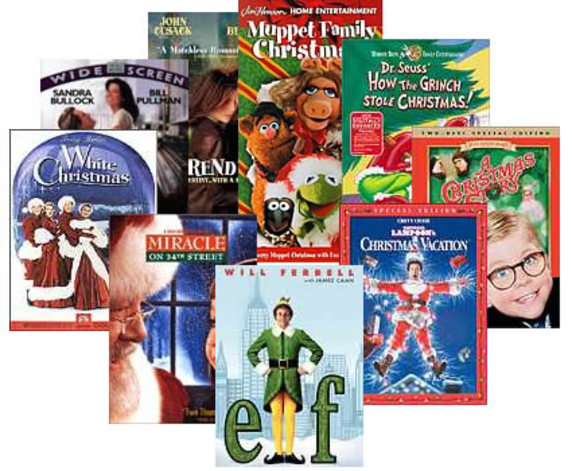 Directed by Frank Capra and based on the story The Greatest Gift by Philip Van Doren Stern, this is a must-see Christmas classic suitable for all the family. The story revolves around George Bailey (James Stewart) who is feeling suicidal on Christmas Eve but thanks to his guardian angel (Henry Travers) he discovers the true meaning of love and why life is worth living. The happy ending is worth the wait, and makes the film uplifting and inspirational.

Everyone loves a good romantic-comedy at Christmas and this has several storylines so at least a few are bound to tickle your fancy. With Hugh Grant at his floppy-haired lovable best, this film demands you to embrace the soppiness and enjoy the laughter.

3. The Nightmare Before Christmas

This Tim Burton movie is full of fantasy and alive with imagination, and is set in Halloween Town where the resident ghosts want to transform it into Christmas Town.

The Muppets’ take on the Charles Dickens’ Christmas classic tale really works thanks to the addition of their brand of humour. Starring Michael Caine as Scrooge and a cast of Muppets as the characters including Kermit as Bob Cratchet and Gonzo as the narrator, it’s a fun film that makes perfect viewing with the whole family.

Fun and funny, Will Farrell entertains audiences of every age as Buddy the Elf who soon realises he’s a little different to Santa’s other little helpers.

On the surface, this action-packed tale may not appear ideal festive viewing, but beneath its tough exterior is an inner core about good triumphing over evil that makes it perfect Christmas viewing. Bruce Willis stars as NYPD detective John McClane who rescues the hostages held by a bunch of terrorists during an office Christmas party.

Based on the book by Raymond Briggs, this 26-minute animated film never fails to move and delight audiences thanks to its uplifting tale and wonderful soundtrack combination.

This 1980s comedy still raises lots of laughs as Clark W Griswold (Chevy Chase) tries so hard to provide the perfect family Christmas but is thwarted at every turn. Everything that can go wrong does go wrong, and despite Clark’s meticulous planning it’s not long before things start to go awry.

Another adaptation of Charles Dickens’ much-loved A Christmas Carol, and this time it’s Bill Murray’s heartless TV executive character in modern New York who learns the true meaning of Christmas.

So much fun to watch, this film stars Macauley Culkin as an eight-year-old little rascal who gets accidentally left behind when his family jets off on holiday and then has to fend off two burglars. Heart-warming and hilarious, Home Alone is definitely one for all the family.