Posted in Lifestyle
Author: Editor  Published Date: September 22, 2012  Leave a Comment on Top 3 Collectibles Of The 90s That Should Come Back

Storage hunting has become all the rage as of late.  People who utilize self-storage lockers come from all parts throughout the country including Richmond, Pittsburgh, Los Angeles and many others.  For a nominal fee one can keep their belongings in a storage facility for a prolonged period of time.  Personal effects, furniture, clothing, toys and family heirlooms can all be found inside.  But what happens when they stop paying for the space in which their items reside?  You guessed it!  The units then go up for auction with an endless treasure trove available for purchase to the highest bidder.

Most people who head out auction hunting for storage lockers are looking for items to turn a quick profit on.  But say one was to stumble upon a truckload of items favored as collectibles from the 1990s?  That person then may very well be able to not only turn a profit on these items, but may in fact be able to pioneer the reintroduction of the old collectable to a whole new generation!

Three such items that may be of interest to today’s nostalgic 90s collector and unsuspecting new generation are as follows:

POGS
In the 90s you were not cool unless you had POGS.  These little cardboard discs were sold everywhere including craft stores, super markets and toy stores.  Containing picture imprints of almost any image you can imagine including cartoon figures, action heroes and seasonal figures, one could purchase POGS that were plan, covered in glitter or even glowed in the dark.  POGS were originally introduced as a game.  In the end though, POGS simply became one of the coolest collectible a kid of the 90s could own.

Beanie Babies
You have probably heard of these and even seen some of the originals at flea markets.  These plastic bead filled, stuffed toys were available for sale in toy stores and card shops all across the nations in the 90s.  Everyone from childhood through adult sought out these colorful collectibles which came in a variety of different sizes and animals. 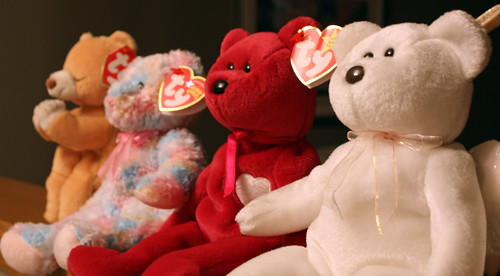 Troll Dolls
A favorite special occasion gift in the 90s, these short, pot-bellied, long-haired dolls were a hot collectible and a favorite 90s kids toy.  Troll dolls came with different outfits and different colored brushable hair. Some special varieties even had gems on their bellies. Troll Dolls were everywhere from key chains, to games, to television and more.

So as one can see, should a person be lucky enough to come across one of these collectibles while hunting through self-storage units in Richmond or any other city, they should hold on to these beloved items.  Who knows when they just might make a comeback.

Nick Walz is an active blogger and writer who likes to share his advice and tips to the online community. Nick once collected all the above mentioned and realized how important they once were to his growing up. You can contact him on Twitter @Nick_Walz.