One of psychology’s unexplained mysteries is why we humans find animals doing silly things so fascinating. Perhaps it’s because we discover some primal truth we share with the rest of the animal kingdom. Or maybe it’s just because we’re lonely being the only sentient species on the planet Earth. Either way, these are five of the best viral animal videos ever. 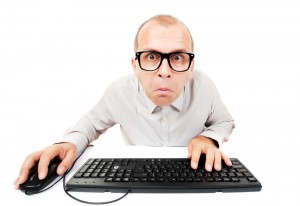 Everybody has that one memory that haunts them for the rest of their life. It could be an intercepted pass at the big game, failing to close the deal with that girl you had a crush on, or failing miserably during a talent show.

We can only speculate about what Bizkit’s haunting memory is. It consumes him in his dreams. There is some quintessential moment in that poor dog’s life he will never forget. Fortunately for us, the product is hilarious.

2. Maru and the Cardboard Box

The feline society is notorious for their catnip addiction, and here it seems poor little Maru is having trouble kicking his addiction to maripawna (get it?). Maru has a strange fixation for fitting into boxes too many sizes too small.

Maybe he’s not addicted to the ‘nip at all. Perhaps he’s very self-conscious thanks to the unrealistic image cat-media spews at him every day — all he wants is to slim down and fit in (get it?). Poor Maru, we accept you and all of your endearing quirks.

This video is simply an example of American ingenuity at it’s finest — if it’s causing you a problem, blow it up. This is just another example of how the most genius solutions can turn belly up and fly back in your face — literally. Captain Ahab would surely think this to be one of the funniest vids of all time.

Here’s another tale from aquatic mammals, but much more beautiful and precious than the previous video. Here we see the miracle of life as a female dolphin mother valiantly gives birth to a healthy young calf.

Embark on three and a half minutes of some of the most tense and inspiring undersea footage you’ve probably ever seen.  Will the mother survive the birth? Will the young calf make it to the surface to breathe his/her first breath of air? The drama! The suspense!

5. The French Bulldog that Can’t Roll Over

We’ve all had days like these, feverishly trying to accomplish the most simple of tasks and failing miserably while people watch. This poor little French Bulldog pup just can’t seem to roll over. Either that or he has a ridiculously annoying itch on his back that he just can’t reach. Rest assured little Frenchie — one day all your dreams will come true.

Animals are the best and no one can deny that. Hopefully you’ve enjoyed five of the best viral animal videos ever.