An attractive jersey is the main key for branding and marketing of a sports franchise.  Just look at some of the sport uniforms here. A cool jersey makes a team look cool. No one wants to make an error in the player’s jersey. However, error happens all the time in jerseys especially when spelling the names. The misspelling is the common error in sports jerseys. Even some famous franchises make mistakes in their player’s jersey by misspelling the name of a team or player. Some of them are minor errors like misspelling a rookie’s name, but some of them completely insane. In this article, you are going to witness some of the famous and hilarious misspelled jerseys.
1. A Mistake in Manchester United: 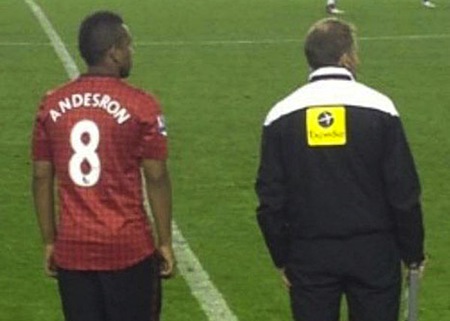 The first one is the most famous and recent mistake; many of the Manchester United fans may have noticed this mistake. In the match between Manchester United and Everton on august 20, the manager Alex Ferguson subbed the debutante Anderson (the Brazilian Midfielder) as a replacement on 85th minute. Unfortunately, he was wearing a misspelled jersey. His name was misspelled as Andesron. In that match they lost against Everton at 0-1. He is a rookie so that the misspelling of the jersey for the first time can be excused. Though they lost this match, let’s hope that this mistake won’t bring bad luck for Manchester United in this season. 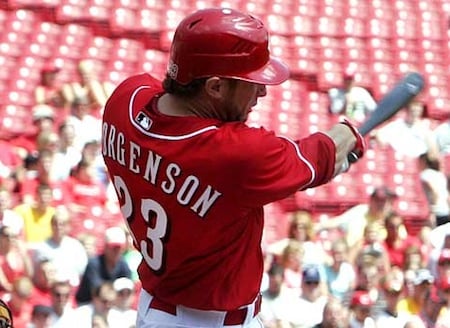 The second one comes from baseball. On August 26 2007, Ryan Jorgensen hit a grand slam in his first inning versus the marlin. After the hit, a fellow sportsman pointed out that his name on the jersey is misspelled. The jersey was continuing Jorgenson instead of Jorgensen (O instead of E). He changed his jersey after two innings. Whether superstition or not, he went hitless in the next three consecutive turns in that match after changing the jersey. Unfortunately, it was his last game after this he was suspended for 50 games for the drug violation case. 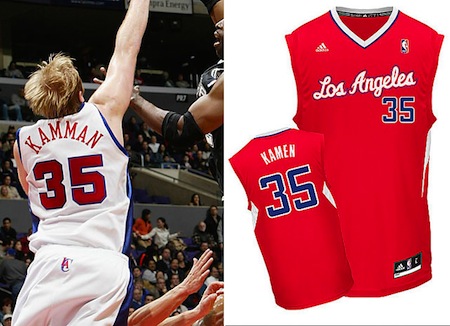 Let’s play some basketball this time. The unlucky person who faced the misspelling problem twice is Chris Kaman. He is one of the most famous basketball players who played for Los Angeles Clipper for seven years. He had the misspelling problem two times in those seven year period with L.A Clipper. In 2003, he wore a jersey with misspelled name which was containing Kamman instead of Kaman. The second mistake occurred when the team management tried to sell his jersey which was containing his name as Kamen (E instead of A) in an online store.

4. Misspelling in the advertisement: 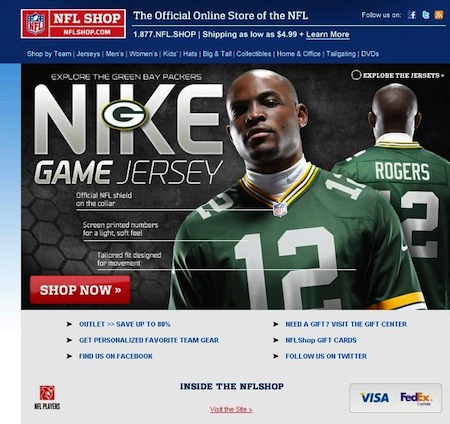 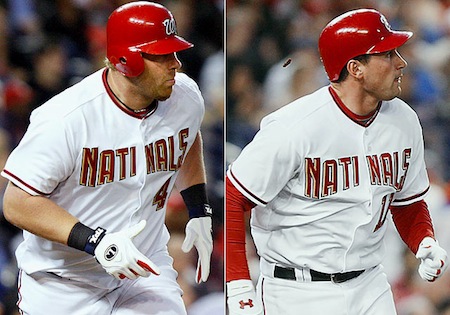 This is a bigger misspelling case than the others. In this issue the name of the team itself misspelled. The Nationals baseball team players Ryan Zimmerman and Adam Dunn were wearing the home jerseys with the misspelled team name in a match against Marlins. The team name misspelled as Natinals instead of Nationals (O was missing). The funny side of the mistake is that this jersey was sold for 8000$ for a crazy fan. After this match, the Majestic Athletic (the jersey manufacturer) apologized for this mistake.
The misspelling of names on jerseys may be a hilarious thing. But, it hurts some fans and players. It also hurts the players who have superstitions in their names. Though the jerseys designed carefully, errors happen sometimes. Whatever the reason is, a misspelling issue is not good for a professional team.