It’s becoming commonplace for customers to be asked on a very frequent basis to complete a customer satisfaction survey.  While at a store, customers will usually walk out with the survey request printed on the bottom of their receipt.  If a purchase is made online, the request is usually made via email after the purchase is complete.  After a hospital stay, it is common for a hospital representative to reach out to patients via telephone to rate the stay and services.  Nowadays it’s really hard to go anywhere and not be asked how you rate the service you received.  More and more companies and service providers are linking up with customer feedback systems to see how customers think they’re doing.  The latest group to catch on to the trend:  police departments.

Since police departments are in place to serve and protect residents, it should be no surprise that they want to hear how people think they’re doing. Because satisfaction surveys cost money, towns and cities have been passing the budgets for them because they think the information taken from the surveys will be valuable.  Up until now, most departments only have anecdotal notes on how the public views them doing.  With surveys departments they will be able have a barometer on questions presented to residents. Some police departments have already been sending survey requests to all residents on a bi-annual or yearly basis, while other departments are choosing to send requests after people have encountered an officer, whether after getting pulled over or calling for assistance. 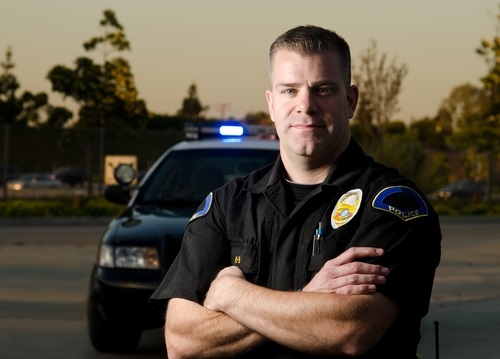 It is hard to get data on completion rates, but industry specialists feel that police satisfaction survey completion rates are most likely higher than those done for stores or other services.  People are more likely to complete a police survey because they know that their tax dollars are what keeps the department up and running.  Residents want their towns to be run properly and if they want changes to be made or improvements to occur, they will speak up.  Further, when residents are informed that their responses are anonymous, they’re even more likely to provide more information about how they think their local police are doing.

It is the hope of many police departments that those completing the survey will give useful information and that it does not become a bashing session.  They are also hoping that residents will come up with solutions and not just point out problems.  In many cases police commissioners and officers are willing to do what it takes to keep their residents safe and content.

It won’t be long before customer feedback systems become the norm for all aspects of local governments, including fire departments.  It should be reassuring for residents that their police departments care what they have to say and are willing to change the way they operate to make them feel safer and happier. If you are ever given the opportunity to complete a police satisfaction survey, make sure you provide information that will be useful for the department and your neighbors.

About the Author:Ann Shirley is a freelance writer that enjoys writing about a variety of different topics. Follow her on Google+.