Posted in Lifestyle
Author: Editor  Published Date: September 14, 2012  Leave a Comment on Tungsten vs. Platinum: Which Type Of Ring Should You Choose?

Choosing a ring type can be a difficult decision. Beyond just the gem and its size and shape, it’s important to understand that many rings are actually made of different types of alloys. While gold and platinum may be some of the most popular metals used in the rings, there are several others, including tungsten.

For instance, a tungsten ring may be made from tungsten carbide as opposed to the pure form of the element. This is a standard practice, and consumers shouldn’t feel cheated by it in most situations.

As with anything, the buyer should certainly beware and understand precisely what it is that they’re buying. Consumers should always talk to the proprietor if they’re in doubt. Honest jewelers and online research can help clear up any misconceptions that might arise from a misunderstanding. 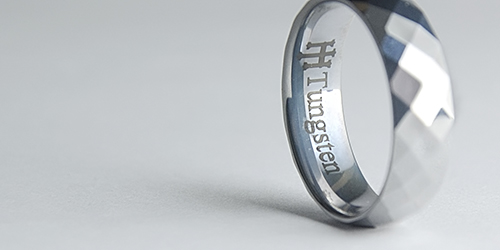 Rings made from tungsten are actually stronger than those made from titanium, and they won’t bend in the manner of gold rings. Tungsten is rather inert, and usually doesn’t react with anything. This means that discoloration shouldn’t be as much of a problem as with other metals.

Most people know tungsten for it’s use in electronics and as a lamp filament. This might ruin the romantic aspect of tungsten jewelry for some people. On the other hand, tungsten can be less expensive than platinum.

Platinum is certainly a very expensive metal, but it’s shine and appearance is lauded by countless individuals. Indeed, it’s often considered to be a superior metal to gold. Iridium is often added to produce a stronger alloy that is sometimes used for surgical applications as well as in the jewelry industry.

The fact that the primary use for the metal is found in the jewelry industry should illustrate the degree to which platinum is preferred by individuals who make rings. It really is a premium material, though the price often keeps platinum rings out of the realm of many consumers. While it might be considered a status symbol, there are definitely reasons that people love this metal so much. 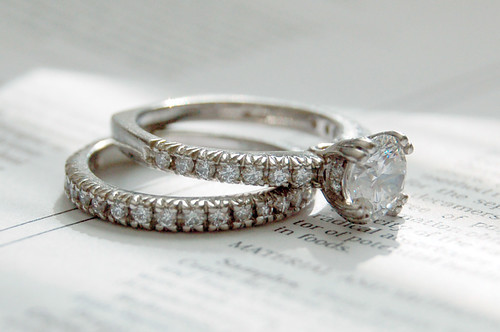 Tungsten and platinum should both hold up for quite a long time, so the choice might come down to personal preference. Everyone has different tastes. This will factor into the purchase more than anything else.

In either case, people should always be aware of what they’re buying and who they buy it from. Some inexpensive imported metals might contain unsafe levels of certain toxins. That’s why it’s so important to buy jewelry from a reputable dealer.

Jason Nelson contributed this article on behalf of TungstenWorld.com, which offers an excellent selection of black weddings bands and many other fine rings.