Posted in Technology
Author: Editor  Published Date: September 20, 2012  Leave a Comment on Understand How Ball Bearings Work In The Next 10 Minutes 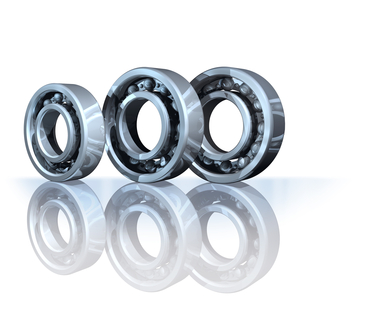 The basic premise behind ball bearings is relatively simple: replace a sliding component with a rolling component (ball) to reduce the amount of friction generated. Ball bearings need to be lubricated to operate properly. A bearing that supports a load by placing round elements between the two pieces is known as a rolling-element bearing or a rolling bearing. Ball bearings are one type of rolling-element bearings. Ball bearings use balls to keep the bearing races separate which reduces friction and assists in supporting radial and axial loads. Ball bearings use at least two races to restrain the balls and pass the loads through the balls. Typically one race is immobile while the other is fixed to a rotating assembly such as a shaft or hub. When one of the bearings rotates it causes the balls to rotate too.

There are many different types of ball bearings and each can be made from different materials, including ceramic, stainless steel, and chrome steel. For example, commercial, private and military aircraft use aerospace bearings in a lot of applications like jet engine shafts, pulleys, and gearboxes. Materials used to construct these sorts of bearings may include M50 tool steel, carbon chrome steel, 440C stainless steel, silicon nitride, or titanium carbide-coated 440C.

There are many different types of ball bearings; much too many to discuss in detail here. Some common types of bearings include:

As stated previously, ball bearings are used in a variety of settings. Some common examples include: