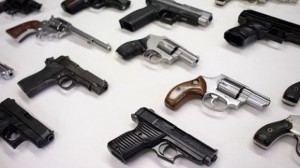 The second amendment is quite clear in that it grants Americans the right to own and operate a gun. Even as the issue of gun control fills the media day in and day out, there’s no denying that the right to own a gun is unalienable and absolute. If you choose to exercise your second amendment rights however, you need to be able to understand laws associated with being a gun owner, as failing to do so may result in negative consequences.

Fortunately it’s fairly easy to get acquainted with the different laws that govern what you can and can’t do with a gun. While many laws differ from state to state and even city to city, gun owners should familiarize themselves with the fairly common laws discussed below.

Gun laws very significantly from state to state, but in general, if you are transporting guns via a motor vehicle, you are not breaking any sort of law. As long as you are a law abiding gun owner, then simply keeping a gun in your car is no cause for concern. Federal law says that transporting guns across state lines is completely legal and okay, as long as the gun is registered and it’s being transported for lawful purposes.

When transporting a gun, whether through a city or across state lines, the gun should be kept unloaded and in the trunk if possible (and not on the person). This is because if the gun is readily accessible and loaded, it is immediately subject to local gun laws. If you are traveling with a gun to another state, be sure that you are well versed on that state’s gun laws before visiting so you don’t find yourself in hot water.

Where You Can Carry

Another important part of the law that all gun owners should know is where you are able to legally carry a gun. Most states require you to have a permit should you wish to carry a gun in public; whether that’s a concealed carry permit or an open carry permit (although many states don’t require a permit to open carry). Even so, some places don’t allow guns inside their doors. While shooting ranges such as TradingPlacePawn.com obviously welcome gun carriers with open arms, other establishments are not as welcoming.

The Gun-Free School Zones Act of 1990 prohibits citizens from possessing a gun in a place that’s considered a school zone. Additionally, many military establishments and government buildings also don’t allow guns. Private establishments typically make the rules themselves; companies like Starbucks have been in the news lately for taking a stance on guns in their stores.

Who Can Own a Gun

Not every American citizen is lawfully able to exercise his or her second amendment rights. Gun laws in America dictate exactly who can purchase guns and legally carry them, for a number of reasons.

Convicted felons, in almost all cases, are not able to legally own and carry a firearm. In some cases these rights can be reinstated however. Additionally, those who are convicted of a misdemeanor related to domestic violence are also not able to carry a gun. There are more limits as to who and who cannot legally carry a firearm, so it’s best to check local laws to make sure you legally are able to.