Prostate cancer ranks as the second most common type of cancer developed in American men, behind only skin cancer. In 2012, an estimated 240,000 men will receive a prostate cancer diagnosis, and over 28,000 men will die from the disease, according to the American Cancer Society. Roughly one in every six men will receive a prostate cancer diagnosis during his lifetime, and the disease ranks behind lung cancer as the second leading cause of cancer death in the U.S. 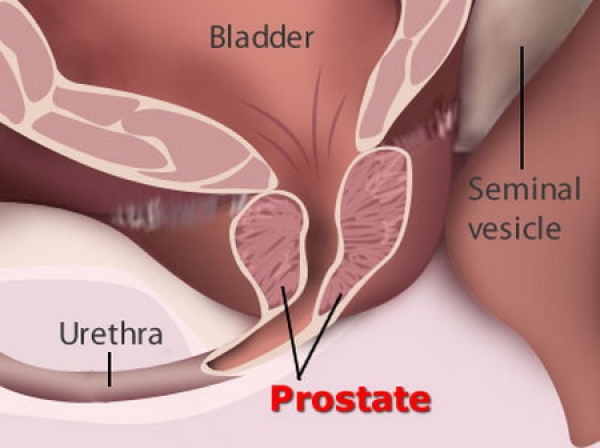 As with every disease, knowledge is power. The more you understand about prostate cancer, the better prepared you will be should you ever have to deal with the disease.

Understanding Prostate Cancer
Prostate cancer forms in the prostate, a small gland in men located underneath the bladder that creates some semen fluid. While some forms of the disease grow very slowly, other types can accelerate their growth and spread very quickly without treatment. Early stages of the disease may exhibit no symptoms, making detection difficult unless you undergo routine prostate exams.

Later stages of the disease can exhibit a variety of symptoms, including:

Advanced forms of the disease can cause feelings of pain in the upper thighs, lower back, and hips.

Even though trouble with urination is a potential sign of prostate cancer, it could also be a symptom of an enlarged prostate. As men grow older, their prostate can enlarge and begin to press upon the bladder and urethra, causing many of the symptoms synonymous with prostate cancer. Known as prostatic hyperplasia, an enlarged prostate is not cancerous and can be treated if the symptoms become troublesome. Difficulty urinating can also be caused by an inflammation or infection in the area, which is treatable with medication.

Risk Factors
The older men become, the higher their risk of developing prostate cancer becomes, especially after the age of 50. Once a man passes 70, a number of studies indicate that the majority of men have some type of prostate cancer, even if they exhibit no noticeable symptoms. As with most forms of cancer, a family history of the disease will increase a man’s risk, which doubles if his father or a brother received a diagnosis. African-Americans possess the highest risk of developing prostate cancer than any other population group in the world.

While you cannot do much about your genetic disposition to the disease, you can ensure your diet doesn’t play a negative role in the development of prostate cancer. Countries where high-fat diary products and meat are dietary staples have much higher rates of prostate cancer than nations whose populations eat predominantly fruits and vegetables. While researchers are unsure about the connection, dietary fat from animal fat could cause a boost in the production of male hormone levels. These increased hormones could act as a fuel source for cancerous prostate cells. To help lower your risk, consider redesigning your meals to include two thirds plant-based foods and one third animal protein, a diet the American Cancer Institute refers to as “The New American Plate.”

Stages of Prostate Cancer
Doctors use staging to describe how far the disease has metastasized and to recommend the best treatment options.

Timothy Lemke blogs about current trends in health for Dr. Robert W. McDowell, a dentist in Clackamas, OR at McDowell Family & Cosmetic Dental.