According to a study by the Organisation for Economic Co-operation and Development (OECD), Mexicans do the more unpaid work than any other country, a total of four hours and thirteen minutes per day on average. Close behind is Turkey, at four hours and seven minutes, followed closely by Australia, at four hours and three minutes. Um, pardon? Australia? Yes, maam, you heard that right. The OECD is offering concrete evidence of what everyone living in this country knows already: Aussies are tough and they work hard.

What do they mean by unpaid work? It can include anything from laundry, childcare, housework and cooking to gardening and walking the dog. Any work that does not produce an income or a marketable product is considered unpaid work. On average, we spend about one-sixth of our time completing such thankless chores. In 1997, the Australian Bureau of Statistics estimated that the total annual value all that work is about $261 billion, based on market replacement cost.

What the study doesn’t take into consideration is unpaid work on the job. In 2009, the Australia Institute found that Australians put in about two billion hours of unpaid overtime annually, representing $72 billion in lost wages, and giving rise to a whole new crisis: time poverty. This very modern form of poverty is said to cost the Australian economy in more ways than one. Time poverty means overworked employees struggling to come up with the big ideas that keep the market one step ahead. Creativity is the very heartbeat of many businesses. Take Google, for example, which allows its employees twenty percent of their time to develop their own ideas. This policy is what brought us Google Maps and Google Sky. I doubt such productivity could be harvested from employees who are tired, overworked and unhappy. 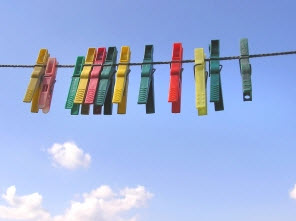 Surely there is some compromise. After all, there’s a reason employees are keen to put in all that extra overtime, no matter how sick and depleted it may leave them on weekends. A few extra hours at the office can mean huge strides in that pet project you just know is going to put you in line for that promotion later in the year. Working extra hours is a way to stand out amongst your colleagues, show what a keener you are, that you are the person who gets the job done.

If that’s you, perhaps it’s time to start outsourcing some of that unpaid work. Tom Friedman is perhaps the most famous proponent of outsourcing your life by way of a virtual assistant to answer emails, book appointments, etc. Many VAs are highly competent and available for as little as $4/hr. What about someone to spray the counters and wash the dishes? Before you spend four hours on a Saturday morning clean-up, think what you might accomplish if you spent those four hours on that project you just know is going to push you ahead of the competition. A small initial investment could have a huge payoff down the track. Unless of course you like pulling weeds and walking the dog. It’s good exercise, after all.

Amy Knapp is a business blogger based in Sydney, AUS, writing regularly for InsideTrak.com.au. Educated in Law and the Fine Arts, her work champions the marriage of the creative and the corporate. Follow her on Twitter @JoyofWords.