The word virtuoso is a word of Latin origin meaning “skill” or “excellence”, and it is used most often in the practice of playing the guitar.

For generations it has been the symbol of teenage dreams and rebellion, independence and power. 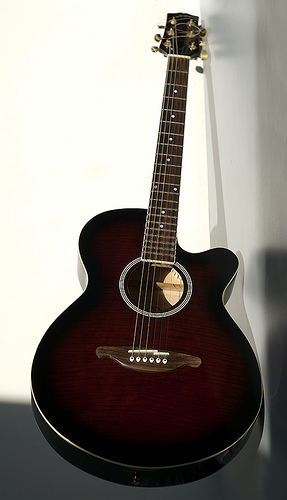 But the instrument has also played the soundtrack of traditional cultures for centuries; the Manouche gypsies passed the knowledge from father to son, and when they settled in the outskirts of Paris at the beginning of the 20th century they’re unique sound became popularised as “Gypsy Jazz” by Django Reinhardt.

The sound of Spanish Flamenco is unmistakable; its passion is unrivalled especially when performed with the spectacular traditional dancing.

In the late 1970s and early 1980s hardcore and heavy metal was changed forever when Eddie Van Halen, the lead guitarist for Van Halen, and Greg Ginn from Black Flag, independently “tinkered” with their electric guitars to achieve the (very different) sounds they were looking for. They were both very much virtuosos in their own right, paving the way for the forever changed face of music.

In the UK the International Guitar Foundation is dedicated to promoting the understanding and enjoyment of the guitar, the spectacular and moving music it can create, and the skills of the artist who create that music.

Throughout the summer it is running festivals in London, Bath, and the North East covering most styles and techniques – absolute must-go event for any enthusiast or virtuoso in the making.

Not only is there an amazing line-up of some fantastic artists such as Mike + The Mechanics, David Russell, and Badi Assad, the week is full of workshops covering most musical styles by some seriously talented musicians.

Over the course of three days the Guitar Lab with cover eight rock techniques from elegant and emotional blues-rock to full on shredding and fret board acrobatics akin to Joe Satriani and Steve Vai.

Other workshops will delve in to the heart of acoustic blues with some of the best slide teachers around; and in one of the most popular workshops year-on-year, Jazz & Beyond has been described as a “mind blowing” session.

Concert highlights of the week include:

This is going to be a spectacular event, with thousands of enthusiasts flocking to the city to learn from the best, and there will surely be throngs of fans outside a number of Bath hotels, to show adoration for their guitar heroes.

Catherine Halsey writes for a digital marketing agency on a range of subjects. This article links back to http://www.macdonaldhotels.co.uk/our-hotels/london-south-england/bath/