I love Sony as a maker of mobile devices. I think the Xperia Z has an amazing design and is a worthy contender to the Android smartphone throne. The recently unveiled Xperia Z Ultra supersized phablet is a bit of a stretch, but it’s actually not all that bad. The Sony SmartWatch, however, seems utterly pointless. 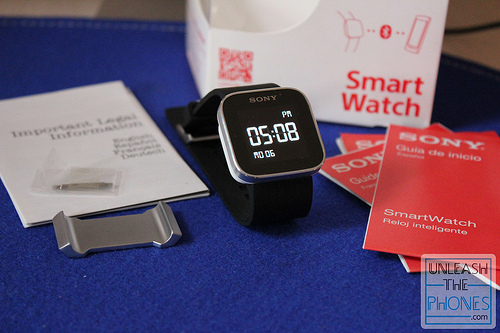 There are unconfirmed reports that Sony is planning to add more SmartWatch models to complement the second iteration of its Android-powered watch. At this point, we do not know how true these rumors are. Regardless, we just hope that Sony doesn’t come out with more SmartWatch products—we don’t need any half-baked products right now.

Sony’s first attempt received lukewarm reception, particularly because that initial SmartWatch wasn’t very smart. People just couldn’t do much with it, and the product quickly found its way to retailers’ bargain lists. The follow-up, this year’s SmartWatch 2, improved upon the original considerably, with a larger screen (from 1.3 inches to 1.6 inches), denser display (220×176 pixels), and a more-rugged build (the SW2 is IP57-certified, just like many new Xperia smartphone products).

For any manufacturer hoping to cash in on this unexploited segment, it’s not just about scaling down a tablet or a smartphone into a watch. Think about the big old phone systems offices had back then, and then check out how companies now enjoy the portability allowed by physically scaled-down IP PBX solutions. It’s about getting to the core of what a machine or device accomplishes and implementing that on the desired new product.

The execution should be perfect, or as close to perfect as one can get. There shouldn’t be any unnecessary compromises, especially since you have something as malleable as the Android ecosystem to work with. Limitations in connectivity, app access, and performance will get Sony nowhere. There’s a lot of room for improvement, and any rushed attempt to expand the SmartWatch lineup will be detrimental to its long-term success.

There’s one major player that’s waiting on the wings, as far as the smartwatch battle is concerned. Let’s face it—until Apple finishes toying with the idea of a smartwatch and actually announces an iWatch, this segment won’t really take off. At the very least, Sony’s current offerings in this market didn’t make consumers reach for their wallets immediately. The first two SmartWatch models do not have the kind of sales figures to justify expanding the product line, and we can’t help but think that Sony is wasting precious time and funding in pursuit of this market.

The fact is, with the wearables segment struggling to make a push so far in its infancy, we don’t need any more Sony SmartWatches. The Japanese tech company would do well to go back to the drawing board and think hard about why the first two versions failed to attract considerable attention from consumers, and then start designing a new one. It needs to go through the arduous process of perfecting that design until Sony has a product that will really define what a smartwatch should be—and with what we’ve seen so far, despite improvements in functionality and the user interface, Sony’s products still have a long way to go.

It’s no surprise that consumers are actually putting off jumping on the smartwatch bandwagon, because the products simply aren’t there yet. Great strides have been made, particularly by new products like the Pebble and, yes, even the Sony SmartWatch 2. Still, if consumers are holding back until a truly great and innovative product comes out, Sony is better off postponing the expansion of its smartwatch line.