Just like a man’s clothes can say a lot about him, so can his car. So if you meet a cute guy while you’re out, follow him to the parking lot before you give him your number. Just kidding. Kind of. Here’s what to look for. 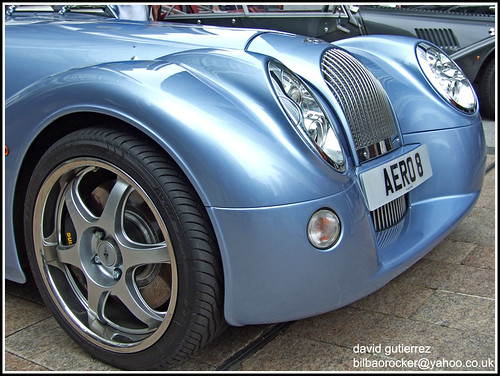 If he drives a sports car like a Corvette, he’s fun but has commitment issues. He likes to push the limits and walk on the wild side of life, even though he probably has an office job. Sports car drivers haven’t really grown up yet, so don’t go for one if you don’t like babysitting.
Minivan

Speaking of babysitting, Minivan drivers are dads. If you’re not into kids and a settled-down lifestyle, don’t go for him. He might be kind of boring, too. He’s either divorced or cheating on his wife, and you don’t want to deal with either. There’s nothing special here.
Pickup Truck

A real man’s man drives a pickup truck. He enjoys manual labor and physical work, and he definitely prefers sports to reading the newspaper. Don’t expect to have any deep, intellectual conversation with him, but he’s probably pretty fun in bed. He’s simple and straightforward.
Mid-Size Sedan

Men who drive mid-size sedans are middle-aged. They like to be safe, and they’re probably fairly financially secure. He’s looking for a committed relationship, but that doesn’t mean he’s always good at maintaining one. He’s educated, humble, and sometimes just average.
Luxury Car

A man who drives an expensive luxury car likes to show off. He probably has a big ego and a lot of cash, and he’s not afraid to display either. You’ll definitely have fun hanging out with him, but don’t expect much. He’s not going to put you above his job or himself.
SUV

Guys who drive SUVs are usually a good bet. Just watch out for the ones who drive supped-up SUVs like Escalades with rims because they’re immature and unfaithful. Regular SUVs drivers, on the other hand, are adventurous, kind, and charming. He’ll sweep you off your feet and then take you skydiving.
Hoop-dee

If you see a guy with a broke-looking, dilapidated car, stay away. His car is a good indication of one or both of these things: his financial status and the way he’ll treat you. He’s broke, and you don’t want to pay for dinner all the time. And if he doesn’t care about his car, he won’t care much about you, either.
Messy

When you get inside a guy’s car, take a look around. If it looks like a trashcan exploded, he’s unstable and doesn’t have it together enough for a serious relationship. He’s bad at managing his priorities, and he’s kind of careless with everything he does.
Super Clean

If a guy constantly keeps his car so clean you could eat off the tires, he’s a little uptight in all areas of life. He is concerned with appearances, cocky, and he’s critical of others to the point that he’s a little snobby and sometimes rude.

Shelly Clyne is a car expert and freelance writer who works in Nissan sales. She loves to write about everything from new cars to relationship advice.