Posted in Cars
Author: Editor  Published Date: October 1, 2012  Leave a Comment on What To Do When Pulled Over

When you’re pulled over in your car, it can be a very nerve-wracking experience. If you’re one to never get into trouble, you suddenly feel under inspection like you’ve done something wrong even before the police officer has reached your window. Sometimes, people don’t know how to react in a healthy manner to authority which can cause problems and unnecessary confrontation. Ideally, depending on why you’ve been pulled over, you just want to speak honestly with the officer and go on your way, either with or without a fine or notice. 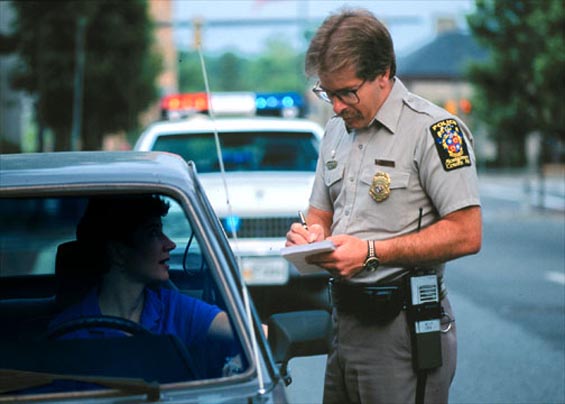 So below, we have listed 5 things to do or not do when asked to pull over by the side of the road.

In order to gain the trust of the officer who has pulled you over, you need to show that you’re open and willing to do what they ask of you. If the matter goes further, like to court, that you’ve been ready to assist in whatever way, will look good. On occasions when officers believe that the driver may have something they shouldn’t or may try to flee, they’ll ask that you keep your hands in view at all times. This can either be on the steering wheel, dashboard or door. As long as the officer can see them at all times, this is fine. It puts the officer at rest that you won’t be trouble (not that they will be a pushover) and relax the atmosphere of the situation. Don’t reach for a license or papers unless directed as that may be misconstrued as an offensive action.

Ensure that your answers to the officer’s questions are clear, and expand on but only where necessary. If you’re short with them, an officer may question why and that you may have something to hide. If you’re too long in your questions, not only does it waste their time when they wish to extract some simple information, it can arouse suspicion if you appear nervous or like you’re reciting a story and not the truth. The most important thing is to tell the truth. If you’re caught lying, then not only will it open up further questions but you’ll have lost the trust of the officer and it won’t put you in a good light. It is an offence to lie to authorities, so keep that in mind.

3: Be Friendly But No More

Don’t be too overtly nice as this can come across as false. No one wants to be stopped and questioned by an officer with somewhere to go. The officer knows that and may themselves be experiencing a long shift (after all, they are working). Just be friendly in tone and manner like you would with anyone else. At the same time, don’t play games or joke around; if you have done something wrong then it can seem like you’re being reckless on purpose. Also, don’t film the police with a cameraphone.

Don’t believe you’re better than the police officer/s. If they ask you to do something, within reason of course, do it without any questions or hesitance. Signs or evidence of resistance can be used against you at a later stage and you obviously shouldn’t strike or touch the officer. Avoid using the derogatory insult that you ‘pay their wages’ or anything which will insult them; not only will they have heard it all before but it comes off as petty. Remember you’re an adult, and not a child.

If you are taken to the police station, request a lawyer or ask for yours to be contacted as soon as possible. You are perfectly in your right to not ask any questions without legal counsel present. Some think that to do so is an admission of guilt but it can ensure you don’t say something out of fear, panic or anger that can be used against you later. Don’t act stubborn or big-headed because you have some fancy lawyer and don’t assume anything can be sorted in your favour. This will only antagonise those dealing with you.

Paul is currently working alongside a firm of drink driving solicitors who specialise in speeding offences, driving under the influence and more. In his spare time, Paul is heavily interested in civilians’ rights when it comes to their interaction with the police, both in the UK and in America and often reads blogs on this subject.