Posted in Cars
Author: Editor  Published Date: October 10, 2012  Leave a Comment on Which Bike? A Guide To Motorcycles

There’s more to a motorcycle than two wheels and an engine.  In the last few years, motorcycles have become increasingly specialized, with different designs depending on whether they’re aimed at road use, sports, touring, or other purposes.  Here is a quick look at the different kinds of motorbike that you might see on the road today.

Adventure and Touring Bikes
These motorcycles are designed for long-distance rides.  They’re designed to be ridden with an upright posture, rather than the bent-over posture of sports bikes, and they have a good suspension, allowing for easy riding even on bumpy roads.

Choppers
Choppers are perhaps some of the most well-known and recognizable bikes, thanks to the TV show American Chopper.  Choppers have a long, stretched out front, reclined seats, and usually feature lots of chrome. 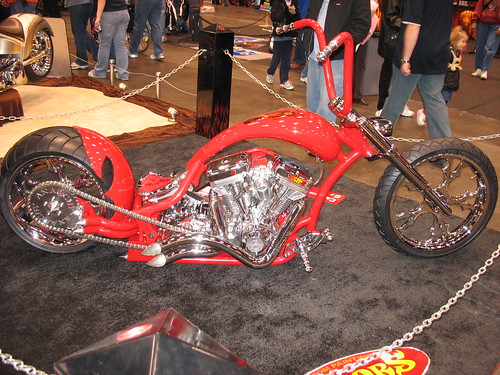 Cruisers
There’s a fair bit of crossover between cruisers and choppers.  A cruiser has a less extreme fork rake, but still has a fairly upright seating position.  Cruisers are designed for long distance riding, but don’t handle going off-road well.

Enduro Bikes
Enduro bikes are similar to motocross bikes, however they are designed for long distance competitions.  Enduro bikes may use MX tyres and have similar light frames, but they are usually equipped with headlights and tail lights so that they can be ridden at night (or on a public highway) – something that isn’t usually a concern for motocross competition. 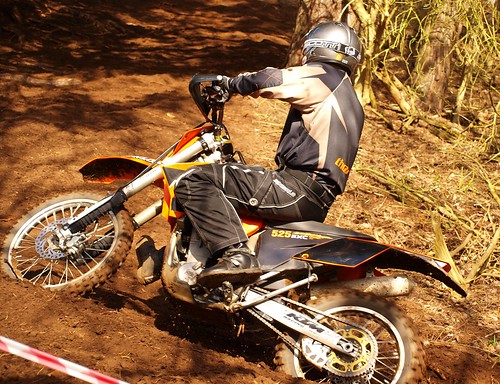 Naked Bikes
Naked bikes are a throwback to the traditional bikes of the 1960s.  They have minimal bodywork and fairings, leaving the inner workings of the engines exposed.

Sports Bikes
Sports bikes are sometimes jokingly referred to as “crotch rockets” because of the position that the rider adopts, leaning over the bike in a streamlined fashion. Sports bikes tend to have incredibly powerful engines, high top speeds, and strong cornering ability.

Power Scooters
Power scooters are similar to traditional scooters in design, but with far more powerful engines.  They share the step-through design of the low-CC, “runabout” scooters favoured by learners, but are available with engines as powerful as 650cc.  They are ideal for commuters that need a lot of storage space.

Trials Bikes
Trials bikes are used in competitions where riders manoeuvre their bikes over man-made obstacles whilst trying to avoid touching their feet to the ground.  Trials bikes are incredibly light, and feature much stiffer suspension than dirt bikes or motocross bikes.  Trials bikes tend to have only 125cc or 300cc engines, but make up for their lack of power with a crisp throttle response.

Hybrid bikes, which have many of the sporting features of off-road bikes, but are still road legal are becoming increasingly popular with young riders that want something flexible and versatile to use on a day to day basis.

This post was written by Crispin Jones on behalf of Ride Direct who stock parts and accessories for off road motorcycles and their riders. Photos: Chris Breeze Steve Buck