When it comes to a party of any sort there is always a bit of a dilemma when it comes to who to invite. Do you allow for a plus one if someone is single? Do you invite the family member that seems to wear your patience thin? At the end of the day it’s your party and you can cry if you want to, so follow the simple points below and let the rest take care of itself. 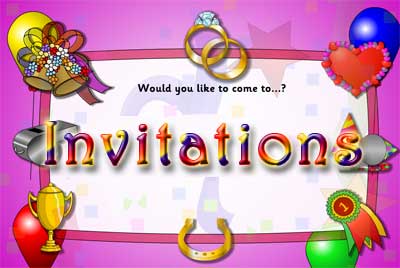 o    Consider how many people you can afford to invite and how many the venue will hold, remember if you’re having a buffet you will be expected to pay per head, always allow for some people not to turn up even if they do RSVP. Look at the type of party you want to have. Is it a case of the more the merrier of more of a fun night full of laughter with your close group of friends?

o    Is this a girl’s night or boy’s night or a mix, if it a mix make sure to keep everyone’s needs in mind. If it a just same sex might be very careful who you invite you don’t, you don’t want to invite someone who could end up spoiling your night.

o    Stay well clear of people who could cause problems, are likely to start fights or will just generally ruin the atmosphere you are trying to create. This may not be very nice, but neither is the downcast atmosphere they’ll bring with them and until they can control themselves they will find that they aren’t on the top of anyone’s party list.

o    Only invite people you know. If someone wants to bring a guest try to meet them first. Watch out for those couples who fight constantly, they might have a sparky relationship, and they might like it, but this won’t help your party be a success.

o    Don’t invite people to make up numbers. It’s better to have an intimate group of people instead of a large group of people you don’t really know, even if it means you might get more presents.

o    Never broadcast a party on a social networking site, you will attract the wrong people and things could quickly go from bad to worse in a short space of time.

o    If you are going to give out invitations be careful not to hand them out in front of people that are not coming, even if you don’t know them. You may feel guilty and invite them even though you haven’t got the space.

This article was written by Ann Williamson a party organiser, written on behalf of www.weddinginvitationsonline.ie.