The Confederations Cup proved that naming the winner of the World Cup 2014 will not be as easy as originally thought. Even though the World Cup is just under a year away, you can get in early and choose your favourites now on Betsson. The following will help you make your choice as to who to choose if you don’t already have your mind made up.

Currently odds on favourite to win the World Cup, the host nation stunned the world as they annihilated Spain in the Confederations Cup Final. Currently lying in ninth position in the FIFA World Rankings, the Brazil team under Scolari have begun to look more and more like a unit to strike fear into the hearts of opponents. Having not won a World Cup since 2002, the team is full of talent with the likes of Fred, Hulk, David Luiz and of course wonder kid, Neymar. With the loyal and football mad Brazilian crowd behind them, in every game that they play they will have a twelfth man that could see them lift the World Cup for the sixth time and securing their position yet again as the most successful international football team ever. 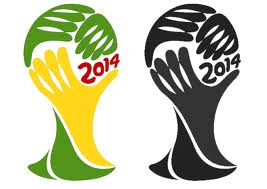 When looking at possible winners for the World Cup, it would be naïve to ignore or miss out La Roja. With their U21s winning the European Championship in Israel, the senior squad look to follow suit by retaining their title as world champions. At the top of the FIFA World Rankings, before the blip of the Confederations Cup Final, Spain had gone an impressive 29 competitive matches in a row without a defeat, and dates back to June 2010. Surprisingly, Spain sit third in the odds to lift the World Cup in Brazil sitting behind Brazil and Argentina and therefore the odds for backing Spain are more attractive than you might have originally thought. The Spain squad combines youth and experience that has seen them rise to the top of world football and they will be hard to knock off their perch.

If you are looking for an outsider to back, forget about the likes of Uruguay, Argentina and Brazil from South America. If you have been following the CONMEBOL World Cup Qualifiers you will see that Colombia have been making a name for themselves. With the recent FIFA Rankings, they stand third only behind Spain and Germany and ahead of Argentina. Talented players such as Radamel Falcao, Fredy Guarin and James Rodriguez along with passionate coach, Jose Pekerman, the squad could well be ready to reannounce their presence of the international stage of the World Cup. Without the pressure that Brazil, Germany and Spain will have on their shoulders, Colombia could well be the dark-horse of the competition and with great odds; they are the outsider team to back at the 2014 World Cup.

The first game of the FIFA 2014 World Cup is fast approaching and as the qualifiers draw closer to revealing the teams who will be taking part in the World Cup Finals, the speculation on who will win the World Cup will continue. Get in early for the best odds and begin your World Cup build up early by backing and following your favourite team and backing those gems that might go all the way.