Hair loss, or alopecia, is much more common in men than women, and certain men have more of a predisposition towards baldness than others. By the time they reach age 60, about two-thirds of men will have begun balding. Though baldness occurs for a number of reasons, it is most commonly related to genetic factors and hormonal imbalances.

The majority of hair loss in men is caused by male pattern baldness, or androgenetic alopecia. Men with male pattern baldness are sensitive to the male hormone dihydrotestosterone, or DHT. This hormone causes hair follicles to become progressively smaller and eventually disappear in a process called miniaturization. Male pattern baldness usually begins with a receding hairline, progresses to baldness on the top of the scalp, and finally leaves only a rim of hair remaining around the sides of the head in a horseshoe pattern. In some cases, however, though a genetic predisposition to baldness exists, it does not manifest itself in hair loss. 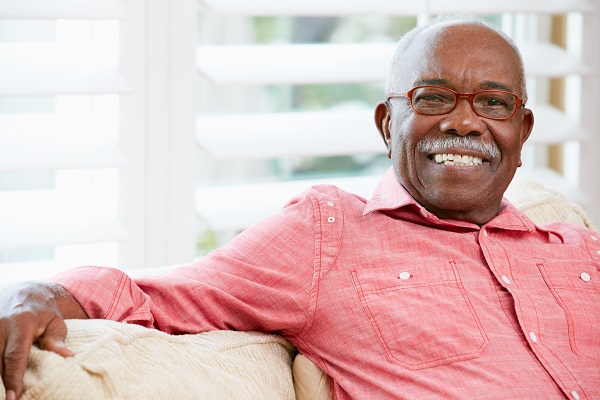 Other Causes of Baldness

As people age, hair gradually thins out and miniaturization naturally occurs. Follicles die, causing irreversible hair loss. Illnesses such as scarlet fever, typhoid fever, and infections of the scalp can exacerbate hair loss, as can poor nutrition stemming from crash dieting and eating disorders. Medications for maladies such as arthritis, depression, high blood pressure, and heart disease also can cause hair loss. In particular, radiation therapy and chemotherapy used to treat cancer bring on radical alopecia. Heavy smoking and stress are other factors linked to early balding.

Hair treatment choices such as chemical-based sprays and dyes, tools that heat the hair, and hairstyles that pull the hair too tightly also leave the hair and scalp vulnerable to damage. Severe physical or emotional shocks can also onset hair loss.

The most prevalent myth about hair loss is that baldness genes are passed down only on the mother’s side. Research shows that though hereditary factors are slightly more dominant on the female side, male genes weigh into the balance as well. Another myth states that baldness is related to aging. However, male pattern baldness is not age-related and can begin as early as puberty (hair loss is common among 20- and 30-year-olds).

Some say that wearing a hat exacerbates hair loss, but this is true only if the hat is dirty and causes a scalp infection. Washing your hair frequently does not cause it to fall out and exposure to the sun and tanning beds are safe for your scalp. Finally, baldness does not indicate an overabundance of testosterone, and men who have active sex lives are no more prone to going bald than anyone else.

Though male baldness can be caused by illness and other health-related factors, it is not a medical disorder. The main trauma it causes is anxiety and a loss of self-esteem. If you do not mind your appearance after hair loss, no treatment is necessary. If you feel uncomfortable, often a change of hairstyle or a hairpiece disguises hair loss. Treatments include medication treating male pattern baldness or transplants from areas where hair is still growing to areas that are balding.

This article was written by Briar McLachlan.  Briar loves fashion and hair, all the way down to the science of it.  If you are concerned with your hair loss, check out the new cutting edge treatments from Puig Hair Restoration Center.