Posted in Technology
Author: Editor  Published Date: September 30, 2012  Leave a Comment on Why Phone Campaigning Is Essential For Both Romney And Obama

Social media might be the darling of the blogosphere, but in the real world it seems that the simple telephone still rules supreme. That is, if we judge its supremacy by how much it is being used by Mitt Romney and President Obama to conduct their campaign for the presidency.

Calling still takes up a sizeable chunk of campaign budgets: whether that be on automated messages, volunteer-led cold calls or simply on polling. But do the results that phone campaigning justify the enormous amount spent on the tactic each year? 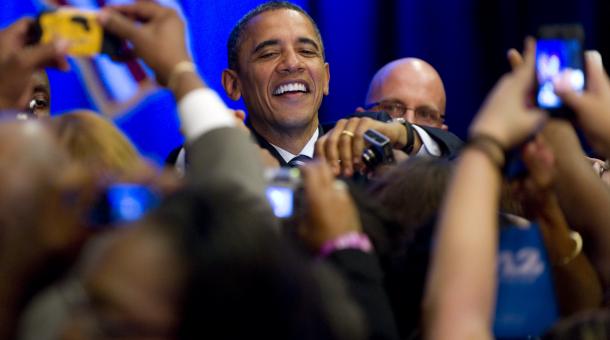 Get your volunteers to call for you
Placed prominently in the get involved section of both President Obama and Mitt Romney’s campaign websites is a link the mysterious asks people to ‘make calls’. What kind of calls, and why is it a form of political action?

The idea is that if one wants to donate time and not money, a volunteer can place calls on behalf of potential candidates to try help sway potential voters. Volunteer based phone drives are not new, but Obama and Romney are both popularising the idea that a candidate can get their supports to make campaign calls from the comfort of their own home.

There are those whoever who dislike the idea of volunteer driven cold calls. At least sales cold calls are often led by people trained in customer relationship management and are people who actually know how to sell their product. Most of the time volunteer-led cold calls either involve the volunteer pushing an automated message or simply reading from a script. It does not make for good marketing and it does not make for good politics.

Polling
One could argue that polling is not a form of campaigning because high profile polls are usually not conducted by the candidates themselves (although the candidates do have internal polls). However polls are definitely a campaign tool because they can be used for the most important M world of them all in politics: momentum. Polling well allows a candidate to define the media story, as being the frontrunner builds up the impression that to vote for the other guy is to vote for the losing side. It’s a powerful image, and it works.

Pre-recorded messages
Pre-recorded messages are the new addition to telephone campaigns: they’re automated so they require no manpower to back them up, yet they also tend to annoy those that receive them. People who live in battleground states tend to be the worst affected, with tons of messages left on their answer machines from both Romney and President Obama’s campaign.

Is this kind of phone campaigning important and essential? For once I am going to vote no. The rise in pre-recorded messages has to be in my opinion one of the worst spends of campaign funds in years, backing something that annoys voters more than sways them.

At the end of the day, the phone is a powerful tool that can sway the course of both Mitt Romney and President Obama’s campaign. Yet like any powerful tool, it is easy to get cut by your own weapon. Using phone campaigning responsibility could make the difference for these candidates, but how well they’ll actually implement it is yet to be seen.

Why Phone Campaigning Is Essential For both Romney and Obama – Guest article by John Sz., contributing writer for Capita Customer Management, a call centre outsourcing company in the UK.