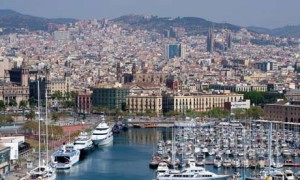 If you’ve ever spent part of your college years studying abroad, you know what it’s like to experience a new country, get lost on unfamiliar streets, and immerse yourself in a new language. And, if you studied abroad in Barcelona, you know that the city is Spain’s shining star, successfully blending the ultra-modern with old-world history. Beautiful surprises await around every corner of the city, making it one of the most popular study-abroad destinations for college students all over the world.

Before You Go There, Prepare

Due to its immense popularity, study abroad programs abound, giving students the opportunity to find one tailored to their interests. Regardless of which program a student chooses, it’s important that they are prepared for the experience that awaits them. It’s best to apply for a passport sooner than later, since they can take anywhere from a few weeks to a month or two to process. While many programs provide some meals and day trips to participants, students should always carry traveler’s checks (not cash) for incidental expenses. Additionally, it’s important to make sure that they are covered in case of a medical emergency. Some health insurance plans do not cover medical care overseas. In that case, it would be wise to check out student health insurance plans. Health insurance plans for students studying aboard will ensure they can seek medical help for illness or an injury without paying hefty out-of-pocket expenses, leaving them free to enjoy their adventure, no matter where it takes them.

What better way to learn a language than to completely immerse yourself in it? That’s why so many study abroad programs offer the option to learn Spanish while studying in Barcelona. The city is a colorful mix of languages, offering students the opportunity to learn both traditional, Castellano Spanish, as well as Catalan, the dialect of Barcelona. Spending two months learning to hold conversations in a city like Barcelona is worth far more than two months of learning Spanish in a classroom. Immersion, after all, is key to fluency.

Over the past three decades, Barcelona’s culture has flourished and come into its own. Many credit the city’s hosting of the 1992 Summer Olympics as a turning-point in its restoration, sparking massive improvements to Barcelona’s infrastructure and urban development. However, even before the Renaissance of the 1990s, Spanish designer Antoni Gaudi used the streets of Barcelona as his personal canvas, giving the city such stunning examples of Catalan Modernism as Sagrada Familia and Casa Batllo. More so than any other city in Spain, visits to Barcelona by budding design and architecture students have been tantamount to pilgrimages. It’s no wonder that artists like Salvador Dali have been deeply inspired by Barcelona.

Food and drink are their own category of art in Barcelona, with some of the world’s finest, freshest cuisine served in cafes and restaurants all over the city. In fact, cafes are a way of life in Barcelona, not only as a place to sip coffee but to enjoy the Sunday paper or conversation with a friend.

Like many cities in Spain, Barcelona values its roots while looking ahead to the future, boasts a vibrant and colorful culture, and a wide array of educational and artistic experiences for college students. Whether students are looking to delve deeply into urban design, the Spanish language, art, or Spanish history, Barcelona is an ideal place to do it. A life-changing adventure awaits; all you have to do is go!