Posted in Health
Author: Editor  Published Date: September 4, 2012  Leave a Comment on Why The NHS Deserved Its Olympic Celebration

As soon as we were all finished celebrating the joy of patriotism, shared identity and pride in the great history and achievements of our country that the Olympic opening ceremony represented, we quickly got back to the popular UK pastime of complaining. Some of these complaints were somewhat justified- no matter how well we do in the Olympics, nobody is every going to think that Wenlock and Mandeville are anything other than horrifying abominations barely good enough to have their evil plans thwarted by the Doctor, and like most people I was outraged that the Olympic ceremony’s celebration of British music included some British music that I personally did not like.

Then of course there was the more insane criticism. For instance, a vocal minority of people, let’s call them Daily Mail readers, or “pratts”, were horrified that the Olympic opening ceremony took time out to celebrate the existence of a hospital for sick children. Think about that- somebody saw a song and dance performance (with frankly awesome walk-on roles by Voldemort, J.K. Rowling and an army of Mary Poppinses) saying “Yay! Caring for sick children” and thought “I must write angry articles about this!” 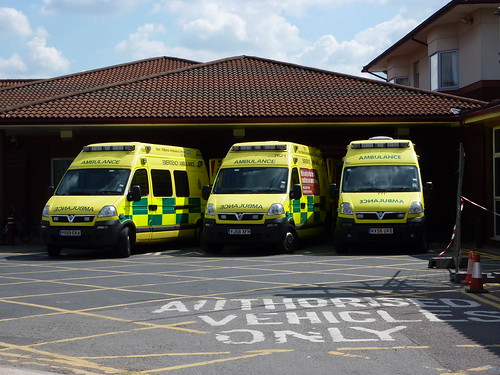 Now the easy response to this is to call such people poopy-pants-faces and blow raspberries at them. It’s also the fun response. But just for a moment, let’s pretend that the Daily Mail is written by people who think out their opinions and respond to reasonable argument, rather than by injecting a baboon with rabies and transcribing whatever patterns the froth falls into against the walls.

Is the NHS actually something we should be proud of?

If you’ve grown up in the UK it’s actually hard to imagine life without it. Much like the other great state funded institution in the UK, the BBC, the NHS faces a constant stream of criticism from the people who stand to gain financially were it to fail, but it’s easy to forget that there was a time when people feared illness and injury not for health reasons, but financial ones. It’s a situation that’s a reality for people all over the world, but one we in the UK are spared. But “person is ill, receives good care for free” doesn’t make for a news story, so we never hear it.

The Commonwealth Fund, a US Trust that funds healthcare research, compared patients’ experiences across 11 countries a couple of years ago, asking them questions about their standard of care over the telephone. The survey revealed that the UK was spending a relatively small about of money on health, less than the other 10 countries surveyed. But 92% of British people on below average incomes agreed they felt confident or very confident of getting effective treatment if they were seriously ill, just 3% lower than those with above average incomes. This is more than any other country in the study, but it also shows the lowest difference between richer and poorer citizens.

In an emergency the UK also does well, with only 4% of UK patients waiting four or more hours to be seen in A&E, compared to 315 of people in Canadian emergency rooms.

And 72% of patients needing to see a specialist in the UK saw one in less than a month. While we’re behind Germany’s 83% here, Canada could only offer 41% of people in the same category.

Yes, there are areas of improvement. There will always be areas of improvement. But claiming that the private sector or austerity measures, or even the cutting of “red tape” that politicians love babbling on about won’t help here. Indeed, while it always makes for good sounding headlines complaining about how much the NHS spends on admin costs, the fact is the NHS’ admin team are crucial in keeping waiting times down about making the nurses and doctors jobs easier.

Here in the UK we’ve seen how great privatisation can be. Anyone who’s had to travel by train or has faced constant phone calls and door to door sales people asking if they can persuade you to switch utility suppliers can attest to that. Is this really what we want our healthcare to end up looking like?