People with sustainable green living are able to use safe, natural resources that are friendly environmentally. In many cases, it is no longer an option, but already a necessity. In many developed countries, buildings consume much of the electricity and they also emit specific amount of carbon dioxide as well as nitrogen dioxide and sulphur dioxide. For this reason, it is important to reduce the use materials that can be dangerous to the environment.

Zinc is one of the most abundant metals in Earth’s crust and it is reasonably safe for the environment. The element is not susceptible to corrosions and rust. It is also immune to UV rays, weatherproof and seismic proof. 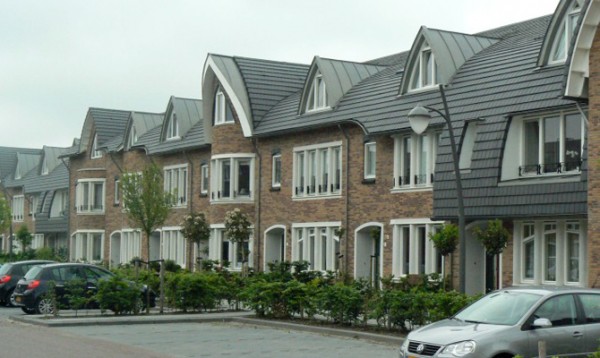 Zinc form s protective layer, known as the zinc hydroxyl carbonate that blocks chemicals and moisture from reacting with the inner zinc layer. The protective layer will re-form when the zinc surface is scratched. In this case, zinc material can heal itself. This is the reason why many zinc roofs can last nearly a century. Manufacturing plants also consume less energy to produce zinc-based produce.

Used zinc material is entirely recyclable and can be reprocessed easily. For this reason, we rarely see zinc roof accumulate in great number in landfills and other recycling centers.

People have been using zinc as one of the main materials for buildings. That’s because zinc can endure harsh weather conditions and last for years. Since the 18th century, zinc has become a popular roofing material and used by many popular historic buildings, such as the Monticello and Washington Monument. However, as less expensive roofing options, like asphalt shingles began to emerge, zinc roofing simply fell out of favour.

This is especially true when people begin to lapse into the throwaway mindset. In recent years, many architects start to become enamoured once again with zinc-based material. Not only because zinc is known for its durability, but also because it is sustainable environmentally.

As professionals are warming to the idea of using zinc in various government, institutional and commercial buildings; average people should also consider this. In fact, zinc is an ideal material for use in residential areas. More importantly, if we consider its longer lifespan, zinc roofing is actually more affordable than asphalt shingles.

Shingles are manufactured from asphalt, which is obviously not a green material. In general, we need to replace asphalt shingles in less than 15 years. That’s six times shorter than the projected lifespan of normal zinc material.

Overall we should consider that other painted roofing material can get scratched eventually. If the inner metal layer is exposed, rust may eventually forms and spreads. Many metals are unable to form an effective protective layer. Copper roofing is twice more expensive than zinc and it can also get corroded. Some experts have also expressed their concern about run-off from copper roofing.

Zinc’s run-off won’t stain any material, because it doesn’t react with water. Traces of zinc will disappear into the ground when they hit the soil, so they won’t pose any threat to pets or children.

The Author is an expert in professional seo services. And can be reached via his website for any business seo related information and questions