Posted in Home Improvement
Author: MoniqueJones18  Published Date: August 2, 2013  Leave a Comment on Wire Your Home For The Internet 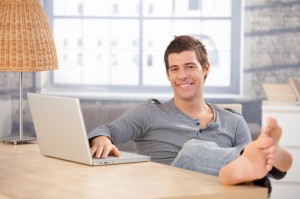 If you told me five years ago that there would be refrigerators that used the internet, I would’ve snorted, then asked “To do what?” But yes, in today’s connected house we have PC’s, laptops, and phones sharing the internet along with your television, electronic picture frames, security systems and yes, even your refrigerator to allow you to do things you’ve never thought of, but now can’t do without.

There are multiple ways of keeping your hoe connected, but it isn’t as easy as it sounds, and stories of people having an excellent connection on the patio, but virtually no signal in the bedroom where they wanted it in the first place are quite common. Every solution comes with its own requirements and pro’s and con’s, and it is just a matter of picking the solution or a combination that is the most feasible.