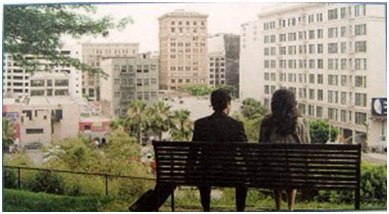 A few of the most romantic scenes in film history take place in some bizarre places. Sure, there are the typical kissing in the rain scenes (Noah and Ally in The Notebook,) meeting in exceptionally romantic places (the Empire State building a la Sleepless in Seattle) or walking slowly towards each in a beautiful blossoming garden (You’ve Got Mail.)

But how much does the setting really have to do with our reaction to the scene – is it bigger the dialogue or the chemistry between the actors? Are movie scenes with less romantic settings less romantic all together or does the unique, perhaps more realistic, setting touch our hearts more?

Check out this list of famous rom-com scenes and decide for yourself!

Everything about this movie is unique; the ‘rich business man falls for unpretentious prostitute’ plot isn’t exactly common. In the final scene of the movie Richard Gere’s character climbs up Julia Roberts’ character’s fire escape with a bouquet of red roses.

While a fire escape in the middle of the day may not seem like the most romantic spot, this scene has definitely become a part of rom-com history.

How could I possibly write about romance films without mentioning at least one Nicholas Sparks movie? One of the most romantic scenes in the movie is the scene in which Landon shows Jamie the incredible telescope he built for her. They bring blankets to throw on the grass, cuddling under the starry night sky while taking turns looking through the telescope. This whole scene takes place in a cemetery.

Yup, not the first place I think of when planning a date, either.

Many of this film’s most romantic moments take place on doorsteps. There’s the famous scene where Mark holds up poster boards declaring his love for his best friend’s wife, played by Keira Knightly, while pretending to be a group of Christmas carollers. Hugh Grant’s character, the Prime Minister, knocks on dozens of doors to find Natalie. He offers to drive her to the Christmas play and they live happily ever after. Colin Firth’s character also encounters some doorsteps in his mission to ask Aurelia to marry him. He starts at her father’s doorstep and ends up on the doorstep to the restaurant she works in.

So if you’re hoping for a declaration of love from your significant other, maybe try hanging out on some doorsteps.

After rejecting Julia Stiles’ character Kat’s drunken advances Patrick (played by Heath Ledger) must find a way to make it up to her.

He does this by serenading her, not the most original idea I know, but he does it while running up and down a football stadium being chased by security officers.

While these characters don’t exactly live happily ever after, there are some incredibly beautiful and unique settings in this indie film.

One of the pivotal settings in this film is the simple picnic bench which is Tom’s favourite spot in the city. Tom takes summer to the bench when they are at the height of their love affair, and they meet there again after they have gone their separate ways.

The bench is an immovable, unchanging figure in the film, highlighting the changes the characters go throw.

So next time you’re looking for some extra romance from your boo try hanging out on some doorsteps or maybe a cemetery.

Have you ever experienced a bizarre romantic gesture?

Estelle Page is a blogger for Raw Gardens. An avid home decorator and movie buff with a particular affinity for romantic comedies. 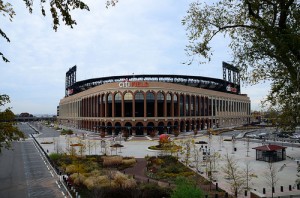 Previous post What Are The Common Design Features Of Modern Sports Stadia? 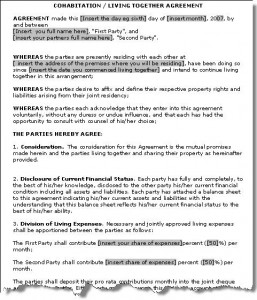 Next post How Would A Cohabitation Agreement Protect Me?