These days the number one distraction and cause of car accidents and personal injury is the use of the mobile phone. Whether holding a conversation or texting, in most countries it is illegal for a driver to use a mobile phone while in control of a car unless, of course, you have a hands-free system. Even using hands-free is regarded as a major distraction, so it makes sense to only make or receive vital calls, to keep the time of those calls to a minimum and certainly to only ever use your phone if it can be operated hands-free.
As car stereos become ever more complex, so the level of distraction they cause has increased. Changing CDs is a fiddly operation at the best of times, and despite improved touch button technology even retuning the radio involves distraction. At even relatively slow speeds the distance travelled while you take your eyes off the road to open a CD case can be quite frightening, and is really to be avoided at all costs. Try to make your changes of music coincide with journey breaks to keep the distraction to a minimum.

Another major concern is, for females, the application of makeup, and for males, shaving while on the move. Not only does it require you to drive one handed, but it also frequently involves adjusting the rear view mirror, so the driver has no idea what’s going on behind them. Both these tasks can be easily accomplished by simply performing them before or after your journey, not during it. All it takes is a little time management. And on a similar subject, another common practice to be avoided is nose picking, it’s always amazing how some people don’t seem to realize how visible they are as they poke around in their nasal canals! Particularly sobering is the case of the driver who had to have his index finger surgically removed from his nostril after a major impact whilst picking away!

Other passengers are another major cause of distraction to the car driver. Whether arguing, being over amorous or just conversing, it takes the drivers attention from what is going on around them, and such lapses in concentration all too easily end in disaster. No one would advocate sitting in silence, especially on long journeys, but there is a world of difference between casual chat and turning around in your seat to separate quarrelling children. Giving the kids something to occupy themselves before the journey starts is a good way of keeping those distracting squabbles to a minimum.

Finally, mention has to be made of other external distractions. These are not purely seasonal in nature, but scantily clad ladies in the summertime are a special distraction to many male drivers. It can be hard to keep your eyes on the road sometimes, but it makes sense to concentrate on the task in hand rather than merrily ploughing into the back of a parked car as you eye up a member to the opposite sex on the other side of the road.

Previous post Why Do You Need A Funeral Insurance Plan? 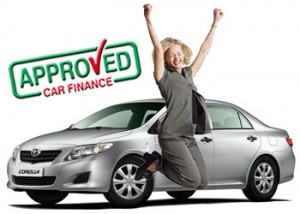