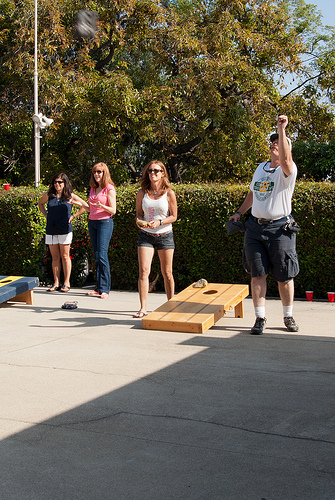 Football season is in full swing.  Do you have all your tailgating supplies ready?  If you don’t have a cornhole set, the answer to that question is no.  You are not ready.

We’d like to assume you all are aware of cornhole.  It’s basically the best thing that has happened to tailgating since beer.  If you are in fact ignorant of the topic, do yourself a favor and check out The American Cornhole Association or The American Cornhole Organization.  Meanwhile, we’ll glance the other way so as to hide our looks of disgust.

Football and tailgating go hand-in-hand.  You really can’t have one without the other.  Similarly, you can’t have a quality tailgating party without some cornhole action.  And let’s be real, you can’t really play cornhole without an adult beverage.

When was the last time you played cornhole without a beer in your hand?  Yeah, that’s what we thought.  Probably never.  Therefore, it only makes sense to turn your next cornhole match into a drinking game.

A little bit of competition before the big competition?  We think so!

Letting the Lightweights Have Fun Too

What is the obvious perk of a drinking game?  A buzz.  However, if you include lightweights in your game, the fun might be over before it really begins.  Therefore, this nice and slow first option is perfect for those who could potentially bring your tailgating fun to a screeching halt.

Every time a bag goes through the hole (either thrown directly in or knocked in by another bag), the opposing team takes a drink.  For example, Team A throws a hole-in.  Team B (both members) takes a drink.

While You Can Still Count…

This rendition of the cornhole drinking game should probably be played early in the day.  You know…while one plus one still equals two.

Hide the Women and Children

Did you know there are companies that make drinking bags?  That’s right.  Some genius has already beaten us to the punch.  They’ve figured out how to get things done.  However, proceed with caution.  It won’t be long before you are looking for your lampshade.  And by this point, no one really cares about the score anymore; it’s all about the drinks.

The concept is quite simple – pretty self-explanatory.  First, you buy some drinking bags.  Have you seen them?  There are four bags, and each one is emblazoned with a different word – Chug, Shot, Drink and Social.  You replace your regular bags with these drinking bags.  When Team A scores a hole-in with a drinking bag, Team B must do what the bag says.  Tada!  Instant drunkenness!

At your next tailgating party, give one of these cornhole drinking games a try.  Then, let us know what you think! 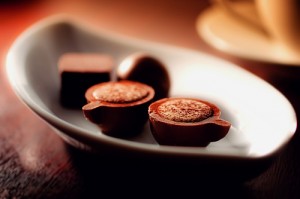 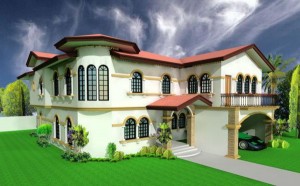 Next post Building Your Home Decor With An Accent Item