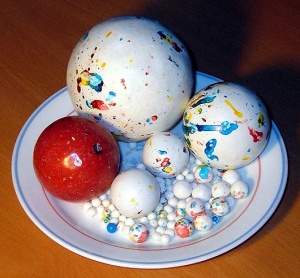 Sold in candy stores for nearly a century, jawbreakers are known for their size and exceptionally hard texture, which makes them last for a considerable amount of time, and has given them a near-mythical reputation for terrorizing human mandibles.

If you’ve ever enjoyed one of these hard sucking candies, you know it can be a tedious, if sweet, exercise. That said, although it may take a long time to get to the center of a jawbreaker, it takes considerably longer to make one from scratch. Many people are surprised to learn that it takes between 14 to 19 days to manufacture just one Gobstopper jawbreaker candy, thanks to a careful process that involves a slow depositing of layers onto a tiny core, such as an anise seed or single grain of sugar. Over the course of two to three weeks, the candy is made in large, heated, rotating pans; during which, approximately 100 layers of liquid sugar are used to create just a single one-inch ball.

Can a Gobstopper Break a Jaw?

Over time, Gobstoppers earned the name “jawbreakers,” thanks to their hard exteriors, which make them nearly impossible to chew. Although many candy-enthusiasts have tried to bite through a Gobstopper, most have been smart enough to relent before causing any significant dental damage. That said, jawbreakers have been known to cause problems in rare circumstances.

In 2003, a 9-year-old Florida girl endured severe burns, when she bit down on a jawbreaker that had spent time simmering under the sun. The girl’s family filed a lawsuit against Nestlé for expenses related to health care, pain and suffering; and the company ultimately settled the lawsuit for an undisclosed amount.

Although this particular case appears to be a rare incident, dental professionals do warn that jawbreaker candies may present at least some risk. According to Fresno dentist, Dr. Donna Blair, Gobstoppers could cause harm in one of two ways.

“Everyone enjoys a piece of candy now and then, but candies like jawbreakers and sugary gum are worse than a piece of chocolate, when it comes to the health of your teeth,” she said. “Because you suck on a jawbreaker for a long time, your mouth is flooded with sugar for an extended periods, allowing bacteria to gorge themselves, which promotes decay. Additionally, if you get tired of sucking on a gobstopper and decide to chomp down on it, you can break a tooth or injure your jaw joint. Either way, you’re in for pain and restorative dental care.”

Although it may seem laughable to some, jawbreakers can indeed negatively impact a person’s dental health. That said, as with most things in life, some common sense and healthy moderation can go a long way toward reducing this risk.

Ryan Lawrence writes for Off-Topic Media. Thanks to Dr. Donna Blair for contributing to this story. Dr. Blair can be reached at her office in Fresno, California. 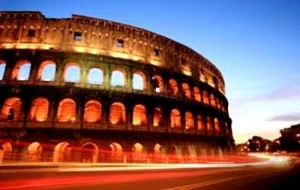 Next post The Future Of The Bitcoin Virtual Currency