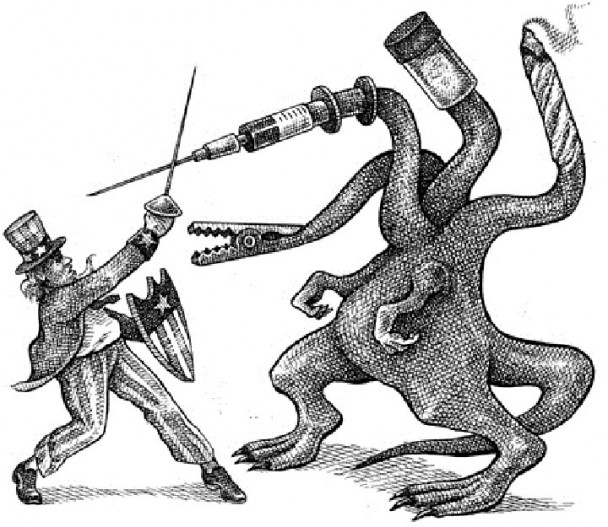 In 1971, President Richard Nixon officially declared the start of the War on Drugs. It was a call to fight drug abuse and break the cycle of addition, crime and violence, particularly among the youth, in the United States.

Over the last four decades, the effort has certainly seems its share of ups and downs. Whether or not the War on Drugs has been a success or a failure so far may be up for discussion, but plenty of work remains to be done. A thorough analysis could explain, in fact, why some choose prison instead of rehab these days, as well as shed light on the issue of whether or not punishments for drug crimes truly are effective.

In the late ‘60s, President Nixon stated that drug abuse was “a serious national threat.” In the years that followed, the War on Drugs was set in full motion. The Drug Enforcement Administration was created in 1973 to help coordinate the effort and just three years later, the former governor of Georgia, Jimmy Carter, ran for president. His platform was rooted in decriminalizing marijuana and putting an end to federal criminal penalties for possessing less than one ounce of the drug. In 1979, an island in the Bahamas was purchased by Carlos Lehder, of the Medellin Cartel. Until 1983, the island was used as a refueling location for drug-carrying planes en route to the United States from Colombia.

In the early ‘80s, the Medellin Cartel (as popularized by the Johnny Depp movie “Blow”) was at the height of power. Four kingpin members of the cartel worked together to produce and transport cocaine. In 1982, the South Florida Drug Task Force was created by Vice President George H. W. Bush. The location of the force was in response to Miami being the main point of entry for illegal substances at the time. That same year, then first lady Nancy Reagan launched her well-known “Just Say No Campaign.” By the middle of the decade, drug trafficking had changed routes as a result of the South Florida Drug Task Force. Crack, which was first created in the early ‘80s, began crippling inner-city neighborhoods as it gained popularity, most notably in New York. By 1989, Pablo Escobar, of the Medellin Cartel, was named the seventh richest man in the world by Forbes Magazine.

In 1991, Pablo Escobar surrendered to Columbian Police. A year later, during a transport to another prison, Escobar escaped. That same year, Mexico’s President, Carlos Salinas de Gortari limited the power of DEA officers in Mexico. In 1993, President Bill Clinton signed the North American Free Trade Agreement, which brought more traffic through the U.S.-Mexican border, making it more difficult for illegal substances to be identified by customs officers. For the first time in 1995, Congress overrode the U.S. Sentencing Commission’s suggestion to reduce the sentencing disparities between (largely African American) crack abusers and cocaine (largely Caucasian) abusers.

At the cusp of the new century, $1.3 billion was allotted by President Bill Clinton to Plan Colombia, a project aimed at reducing the country’s cocaine production.  The Illicit Drug Anti-Proliferation Act took effect in April of 2003. The act targeted predatory drugs, methamphetamines and ecstasy. In 2004, the U.S. DEA, among other agencies, announced its plans to get involved in efforts to reduce opium production in Afghanistan. Today, 17 states and Washington, D.C. have legalized marijuana for medicinal purposes. As of 2009, President Obama’s drug policy coordinator, Gil Kerlikowske has called for new verbiage and a total re-branding of the War on Drugs. He has said the war cannot be waged on inanimate objects, moods or social movements, and that the term “war” has influenced views of drug policy reinforcement. Instead, he feels that the anti-drug movement should be acknowledged as a policy initiative.

As the Drug on Wars currently stands, it seems to be in the midst of a great transition. Nonetheless, despite the federal government’s stance, there are plenty of other initiatives being formed to help drug addictions in this nation. A simple glance at a site like http://www.drugrehab.net/ shows the movement in the U.S. to aid drug addicts, whether they could be considered “casualties” in the national War on Drugs or not.

Jeffrey Graham is a writer and history buff, specializing in drug and alcohol addicts and why some choose prison instead of rehab. He and his new wife share a drug-free home, where Graham is enthusiastically working to finish his first e-book based on information provided on http://www.drugrehab.net/. 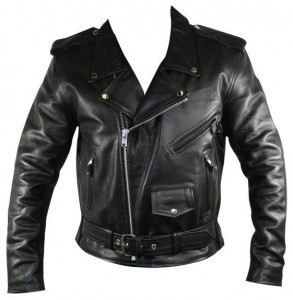 Next post Biker Jackets That Can Be Worn All Year Round