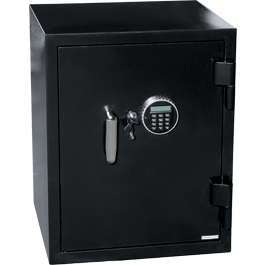 I used to think that safes were for people who a) had a quarter of a million dollars in cash behind a family portrait in their study b) had some kind of family heirloom that was worth at least that same quarter of a million dollars, probably also behind that portrait in their study c) were serial killers – I know, the logic doesn’t really make sense to me either, or d) were that retired secret service agent that might not be so secret or retired.

But then I grew up and realized that there are all kinds of important documents and files that really should be kept safe – you don’t need to be a millionaire, murderer, or ex-CIA agent to have some important files. How about your family’s will, trust fund information, bank account information, social security information, etc. This all needs to be kept in a safe place.

Unfortunately, many people’s “safe place” is something like a manila folder in the filing cabinet labeled “Will”, “Trust Fund”, “Social Security”, “Go Ahead and Steal My Identity and Any Money I Have” …

So now that you’ve thought through your “I’ll put this somewhere safe – put it in the manila folder” logic, let’s talk about how to really keep things safe.

A wall safe might seem a little elaborate for some of the things you’re going to be “keeping somewhere safe”, but consider this: why, when for an exceptionally reasonable price, would you risk it? Important documents and valuables are stolen every day, and in many cases it’s because the information or valuable is easily accessible.

But that wouldn’t happen if you had a wall safe, would it? No.

Wall safes are ideal because they’re easy for installation, and there’s no way (unless you somehow give the safe code to someone) people are really going to get into your safe. Thieves are looking for a quick steal – unless they know you’re an ex-CIA murdering millionaire, most thieves aren’t going to spend the time trying to figure out your safe code. They’re just going to take the big screen TV and go.

Another impressive feature of a safe (other than the fact that it really does keep your documents safe) is that it’s easily concealable. Although it’s highly unlikely that someone will try to get into your safe, you really don’t want it out in the open – you’d kind of be asking for it. Thankfully, most wall safes now are pretty compact and easy to hide behind a picture or something (maybe behind that portrait in your study?).

So you’ve got a hidden wall safe and you’re not a murdering ex-CIA agent millionaire. Well aren’t you cool. Guess what would make you even cooler, though? If you got a fireproof safe. Yes, my friends, getting a fireproof wall safe is actually something you can do, and it’s actually affordable. The great thing about Cannon Safes is that all of their safes are fireproof.

Sounds like someone’s life is becoming a little bit more like an action movie now that you know you’ve got somewhere to keep your valuables safe. So which million-dollar settlement will you store in your wall safe, Mr. Agent?

Ginger Price loves to write and has recently become involved in the home security industry. She integrates her love of writing with this industry by writing to help educate people about the importance of having gun safes and wall safes to protect what is most important to them and their families. 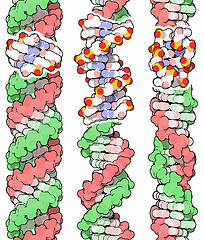 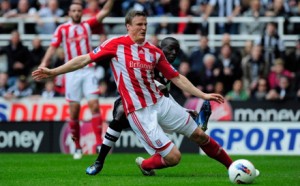