Objectively speaking, there’s never been a better time to be a designer. In the last five years there has been a boon in the amount of useful and functional specialist software that makes life infinitely easier. From websites that provide you with geometric grids and mock-up facilities, to browser add-ons and bookmarklets like WhatFont, which do one important thing really well. The beauty of working as a designer in this kind of digital environment is that the hard, admin-type work is being continually alleviated and through sites like 960 Grid System you can work on design jobs in London whilst living in Aberystwyth. With the fiddly parts taken care of, the onus can return to the actual important stuff – the conception and execution of your ideas. In my experience, the best place to begin is by closing down your Steve Jobs machine, laying your tablet to one side and actually getting back to pen and paper. With this in mind, I’ve written a short elegy to the holy trinity: the three office items that no designer should be without: the Sharpie, Post-Its and a big bunch of index cards.

This may be the only thing that former President George Bush and I agree upon: the absolute superiority of Sharpies as the writing material of choice. The past prez was so fond of these marvellous pens that he had his own special monogrammed ‘Camp David’ versions, which any visitor to the White House would receive in their special goody bag along with the signed golfball, tie clip and baseball hat.

It’s difficult to think of any designer that doesn’t know the cheap thrill of a new Sharpie but just in case there are any unbelievers, let’s explore the versatility of this extraordinary object.

Created in 1964, the Sharpie is a permanent marker with ink that can be nonetheless wiped off glossy surfaces up until it sets. It has a satisfyingly thick felt tip that is ideal for creating headings and drawing bold images. One of the further benefits of living in 2012 is that Sharpies are available in a rainbow of colours and in both capped and retractable nib versions. By the by, the colour selection makes them ideal for trialling tattoo ideas – a designer friend of mine wore a full sleeve of intricate Sharpie’d designs. They last for three days before the skin cells renew themselves and they look rather splendid as they fade. Although, if you’re impatient than Tabasco or vinegar will do an equally excellent job at cleansing your skin of colour.

Make Friends With The Post-It

In my view, the main and most important use of a Sharpie is in conjunction with the humble Post-It. If you work in web design, then the semi-adhesive properties of a post-it are an excellent way to visually express your plans for modal designs. Indeed, the thick, clear qualities of the Sharpie’s ink make it an excellent tool for sketching out rough ideas quickly and legibly. Many is the time I’ve created a quick Post-it and Sharpie mock-up of a design and then taken a photograph on my smart phone to send to my collaborators. It’s a lo-fi solution but I never argue with a methodology that works.

Design On The Go

If you’ve read the early work of Internet Productivity Guy Merlin Mann, you’ll know that he espoused the combination of a paperclipped wad of index cards and an ever-present pen in the pocket, as the only real spur to creativity that you need. He called it ‘The Hipster PDA’ and the thinking behind it may be a little snarky but it’s totally sound: these simple tools ensure that your creativity is never switched off. Got a great idea in the queue for coffee at Starbucks? Whip out an index card and your ever-present Sharpie and record it right there and then. The bluntness of these tools is their virtue – it’s not about being pristine or crystal-clear (that work comes later) it’s about facilitating a spontaneous flow of ideas without judgement or too much overthinking. That’s quite a profound contribution from a pen and a couple of paper products. Long may they be part of your arsenal.

Mona Wigmore is a designer, writer and occasional blogger for Brand Republic 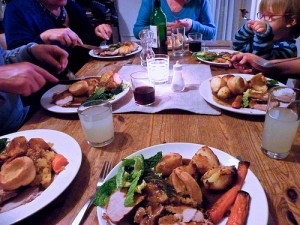 Previous post Why You Should Have A Family Meal 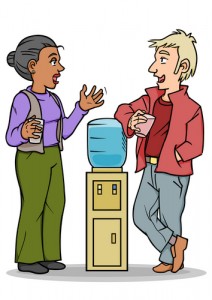