So you’re thinking of getting a new iPhone 5? Well let’s start with the marquee feature: that new 4in Retina display. Measuring 1136–by–640 pixels at 326PPI (pixels per inch), this display is taller, rather than proportionally larger so the iPhone 5 screen maintains the width of its predecessors.

This enables the Home screen to display an additional four app icons for a total of 24 icons, as well as display photos, videos, games, and apps in a taller (or wider) format. Apple is claiming that the new display also has 44% more colour saturation, so it has a sharper image with less glare in sunlight.

So it’s bigger, and brighter, but the iPhone 5 weighs in at just 112 grams, making it 20 per cent lighter too, and our hands-on test confirms that it feels much lighter to hold. Oh, and did we mention that the battery life is about 1-2 hours better?

The new screen is in a 16:9 ratio format, rather than the 3:2 of all preceding models: this is a great fit for widescreen movies. It does, however, require apps to be resized for the new display. Apple’s apps are all redesigned to fit in to the new design, however other apps will depend on developer support. One pleasant surprise is the iPhone 5’s keyboard, which is now wider in horizontal mode (with slightly wider keys) that make it slightly easier to use.

A new look and feel

The iPhone 5 sports a design largely similar to the iPhone 4, and 4S. One area that is different in the new iPhone 5 is the new anodized aluminium backplate on the white phone. The black model has a slate black backing. Both feel great to the touch. The front of the device remains a solid piece of glass.

In terms of buttons placement it remains largely the same, although the headphone socket is now located at the bottom of the device, like the iPod touch.

The new Dock connector – dubbed ‘Lightning’ to its Thunderbolt counterpart on the Mac – is a 9-pin connection that replaces the 30-pin dock connector.

This is quite a big change, given that the Dock connector has been present on all of Apple’s iPod, iPad and iPhone devices from the original iPod. It’s a bit of a culture-shock though to the vast array of devices using the 30-pin connection (docks, speakers, and so on) which will no longer work natively with the new iPhone 5. Apple is selling an adaptor, which you should probably get alongide the phone

As you might expect the Video app works great with the new 16:9 format of the display. Since 2009 the 16:9 format has become the most common ratio for television and film and is the international standard format for HDTV, and was the only standard natively supported by DVD. We’re actually surprised that it isn’t more commonly found on portable devices.

The 16:9 format replaces the 3:2 format that has been present on the iPhone since inception, so although it seems odd in some respects, video certainly isn’t one of them. The solution until now has been for widescreen movies to play letterboxed with black borders above and below the image (or you can double-tap to zoom in and lose some of the outer image). This new screen makes viewing video and television a much better experience.

One pleasant surprise is the iPhone 5’s keyboard, which is now wider in horizontal mode (with slightly wider keys) that make it slightly easier to use. Of course, because the iPhone is the same width when held vertically there is no difference when holding the iPhone upright.

The iPhone 5 screen for photos

One area where the new screen doesn’t, perhaps, fit quite so well is photographs. These are often in the 4:3 ratio, which is the screen ratio used by the iPad. Photographs on the new iPhone 5 are generally presented with black borders on both sides. Although it can be argued that the larger screen overall makes photographs easier to zoom and pan.

There is also a new panorama mode, where you hold the camera in a vertical position and pan left or right to take a huge panoramic shot. This is a really neat feature, although our initial test suggested that it make take some time to get used to.

The Camera app now incorporates face detection, and you can take still photographs while recording video. One other improvement that has arrived thanks to the new camera is that you can have FaceTime HD, with backside illumination (using the rear camera), so you can show things off in high definition.

While Apple has remained typically reticent about the exact internal components. It has announced that the A6 processor has been included. Although Apple hasn’t announced the clock speed, it has said it’s twice as fast a CPU with twice as fast graphics. We deduct that the internal teardown will reveal a new quad-core CPU with the quad-core graphics found in the new iPad (thid-generation). The clock speed is currently unknown, although we’ll say whatever it is: it’s probably just enough to work, and not too much to drain the battery. We are also guessing that it has 1GB RAM, although a teardown by our friends at iFixIt.com will confirm this, and many other internal features.

Apple is claiming that despite the larger screen, the new iPhone 5 has 8 hours of 3G talk time, 10 hours of WiFi, 10 hours, of video, 40 hours of music or 225 hours of standby. If true, and Apple typically understates these things slightly in our experience, the iPhone 5 will have better battery life than the 4S. Even with its thinner case and larger screen – which is quite an achievement. Apple has obsessed with battery life for its iPhone products, which place heavy demands due to their powerful processors and large touch-screen interfaces. We expect that when the iPhone 5 is taken apart, and the inside examined, most of the actual device turns out to be a large battery. Of course, the payoff for this may well be, as on the new iPad, a longer charge time. Although the new Lightning dock connector may help alleviate this.

As expected Apple’s iPhone 5 runs the new iOS 6 operating system. This introduces several new features such as Apple’s Maps with Flyover, Siri business and sport information in the UK, Facebook integration and much more. It will also be made available for iPhone 3GS, 4, 4S; iPad 2 and new iPad, and the current model of iPod touch, although FlyOver, Siri, and FaceTime over 3G will only work on the iPhone 4S.

There’s no denying the appeal of the new iPhone 5 with its larger screen combined with the new iOS 6 features. As with most Apple devices, it’s a beautiful, high-spec, and highly desirable piece of kit. A new iPhone 5 owner is unlikely to walk away dissapointed.

Having said that, if you have an iPhone 4S then only real new feature is that 4in screen, because most of the new features in iOS 6 will be available to you and having to purchase new cables to go with the smaller dock will be a pain.

If you have an iPhone 4 or older, however, then the new iPhone 5 offers a number of new features that you’ll love. It’s an incremental update, but a great one nonetheless.

Try these best iPhone 5 apps if you have bought new iphone 5. 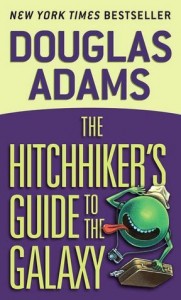 Previous post What’s Great About The Hitchhiker’s Guide To The Galaxy? 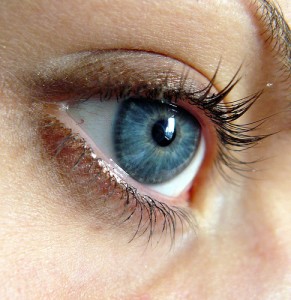