The hit CBS sitcom The Big Bang Theory has been a boon for fanboys everywhere.  Its male characters all enjoy science fiction and continually reference various sci-fi movies and television shows.  As a matter of fact, science fiction has driven the storyline for a number of episodes; with both Star Trek and Star Wars leading the show for the highest number of sci-fi references.

As Star Trek is a leading reference point for the series, Spock has been the primary Star Trek character referenced. This is primarily due to the boys of The Big Bang Theory (or TBBT) being scientists at Caltech in Pasadena, California, and Spock being the Chief Science Officer for the starship Enterprise.  This makes for a natural fit in the show.

Spock References
Spock was referenced most often in Season 2 of TBBT, particularly with the character Sheldon Cooper.  In the episode “The Lizard-Spock Expansion” Spock gained entrance into the classic children’s game Rock-Paper-Scissors, which was re-introduced as Rock-Paper-Scissors-Lizard-Spock.  At the end of the episode “The Codpiece Topology” Sheldon visits a Renaissance Fair as Spock.  Another fan favorite is the episode “The Bath Item Gift Hypothesis” where Penny gives Sheldon a used napkin signed by Leonard Nimoy (who portrayed Spock in the classic television series).  Sheldon is overcome with emotions as he realizes not only is it signed by but contains the DNA of Leonard Nimoy.

Would Nimoy Make It Onto TBBT?

So, it is safe to say that Spock and Leonard Nimoy have been ingrained into the series. Still, at Star Trek conventions across the nation, the question of Nimoy appearing on The Big Bang Theory frequently came up.  He would answer that he had not been asked to make an appearance.  However, other Star Trek veterans have made guest appearances most notably George Takei and Wil Wheaton in recurring roles as themselves.

Then, sadly Nimoy retired from the public eye.  He has retired from acting and from Star Trek convention appearances. Understandable, as he is over eighty years old.  But in Season 5 of The Big Bang Theory he makes his presence known if not in person but by voice.

Nimoy Doing Voice Work
In the episode “The Transporter Malfunction” Nimoy voices a Spock action-figure which has dialog with Sheldon in two separate dream sequences.  These dialog sequences take the figurative form of good angel/bad angel.  In the first dream Sheldon is lured to open and play with a mint condition, unopened Star Trek transporter toy (bad angel).  Once awake Sheldon opens and plays with the toy transporter which then breaks. He secretly switches it with an identical toy transporter, unopened and in mint condition, belonging to his roommate Leonard.  The Spock toy figure then gets to Sheldon’s conscience in another dream sequence about the switch and gets him to confess his deceit (good angel).

This voicing was a great way to get the retired legend on the show that has gained so much mileage from him and his Spock character.  It also creatively differs from other Star Trek alumni who have made appearance as themselves, some only as cameos. Cameos from Star Trek alum include LeVar Burton making a quick entrance and exit at the very end of the episode “The Toast Derivation” or Brent Spiner joining Wil Wheaton at his party in “The Russian Rocket Reaction.”  But Leonard Nimoy was deservedly able to have a larger part in the show in a very unique manner.

Between Nimoy voicing Sentinel Prime in the movie Transformers: Dark of the Moon and this project on The Big Bang Theory, maybe voice work is how Leonard Nimoy will prefer to enjoy his retirement years.

Amarath Pfeiffer is a big fan of The Big Bang Theory and tries to find unique angles to write about the show. Visit the following link to read another piece about TBBT- click here for TBBT on Squidoo. 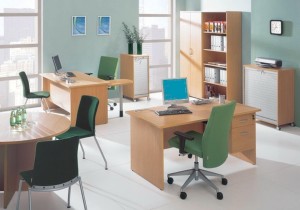 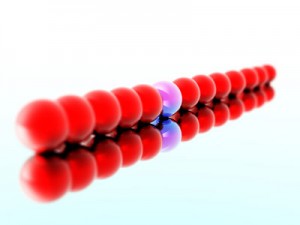