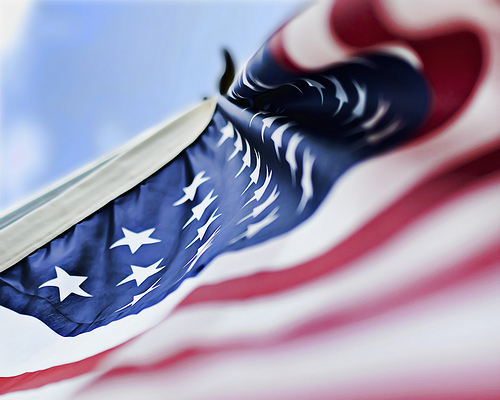 I first went to America about 5 years ago and I’ve been hooked ever since. I actually didn’t hold it in very high regard prior to my visit and it just goes to show that you never really know something unless you experience it for yourself.

Below are my top 10 reasons why I fell in love with the United States and if you’ve never been up all night and stumbled into a diner for endless coffee re-fills and eggs over-easy then why don’t you cross the Pond and go and check it out for yourself.

Seriously, good service is lying in wait when you least expect it with supermarkets, public transport and local stores all providing exemplary manners and winning smiles. Don’t get me wrong, there are pockets of ‘European service’ all over the place but, in the main, if you’re looking for a friendly face and slightly patronising but nonetheless enthusiastic attitude then get yourself State-side.

Man, I remember going to a steak house called Jockos and pretty much being full-up on the starter even before I was presented with 2 of the largest pork chops that I’d ever seen in my entire life. At first I was appalled and kind of sickened by the waste but if you’re savvy and eat what you can and then ask for a doggy bag – you’ve got enough left over for your next day’s lunch.

I’m not talking chain store here or an English café doing a poor imitation of an American version. This is an authentic American experience that you just have to appreciate first-hand. Brick stone walls, chalk boards and a massive mug of Joe all make independent coffee houses in America pretty much the coolest places to hang-out bar none.

If you’re think of experiencing the USA but you don’t fancy the city streets then you could do a lot worse than check out some of the awesome national parks that are dotted all over the country. Mainly the Southwest holds the lion’s share with the likes of the Grand Canyon, Zion, Yosemite and Yellowstone providing myriad rock formations, waterfalls, hiking trails and those all-important sun set moments.

Be it at a ball game, exiting a subway or just crossing Central Park, there’s never a bad time to get involved with a buck-a-piece hot dog. Ok, so they’re not exactly a gastronomic revelation but if you’re looking for a quick blast of yummy taste covered in American mustard, ketchup and onions then don’t ask what’s in it, just get it in you.

For some, me included, there’s nothing that beats the smells, the sights and the people of the city streets and from New York to LA, if you’ve got the time to stroll and smile as you take in the vibe then you’re bound to be doing something right. Yellow cabs, steaming manhole covers, brownstone brickwork – you name it and America’s got it going on.

If you’re in the mood for dancing or head nodding then America’s littered with live music venues, rock festivals and jazz joints to ensure you never want to see the sun again. Aside from the music scene another reason why the USA rocks is the late night museum, park and gallery nights where you get to meet a really diverse range of people who are making the most of those long hot summer nights in the city.

You really haven’t been to a BBQ until you’ve been invited to a genuine American’s back yard gas grill. These boys really know how to show off and if you think a quarter pounder is pushing the limits then wait until you get half a cow steak slapped on your plate. Marinaded, pulverised and served just as you like it – make sure you get some exercise in first as you won’t be able to walk for days after.

The Coast with the most

It knows how to party and it’s always in our dreams – California is undoubtedly America’s Number One Coast with the Most. Big Sur, Santa Cruz, Yosemite, LA and Monterrey are all good enough reasons to pay the west side a visit and if you’re a fan of deserted beaches and clam chowder suppers then you know where to head on your USA travel adventure.

It’s definitely easy to compare an American swap meet with a UK car boot sale however, there are a few vital differences that make this sort of event stand out on its own. This is just an awesome reason to have a darn good laugh and from the people to the stuff being sold, sometimes you will really have to pinch yourself to make sure you’re not dreaming – a very surreal and peculiar dream.