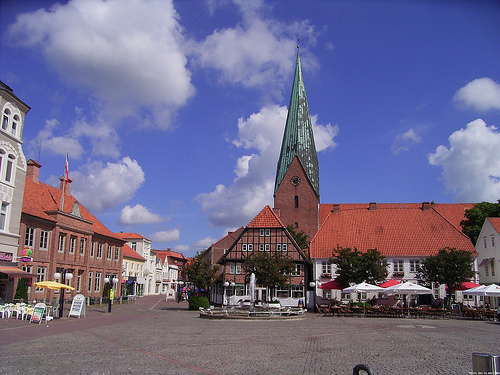 Ever visited an area with a ton of old houses? When do those houses date to? 1950s? 1930s? 1880s? Depending on the era, these houses are going to have distinctive architectural accents. Sometimes architecture relates to availability of materials during a specific time in history. Or sometimes it relates to technological processes that came about. 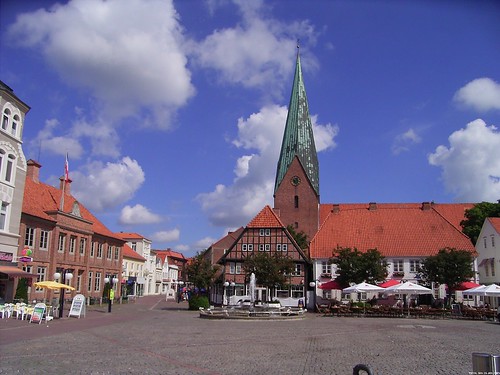 For example, after World War II, technology for creating very large panes of glass came to be, so from about 1945 onward, you would be seeing more houses and buildings with these panes. Prior to that, there was no such thing. There was also the storybook house style, which GIs coming back from World War I brought to America from England. These distinctive homes had attributes that evolved to accommodate cold, snowy weather in Great Britain; their windows were tiny so as not to let too much cold in from the outside, they sometimes had several chimneys (denoting fireplaces in every room), and their roofs were steeply slanted so as not to accumulate rain or snow that could cause the roofs to cave in. They also had a very back-to-nature look, with thatching and that sort of rustic appearance, made with materials such as stone, crude plaster, and wood.

There Are Many Factors

So clearly, many factors shape the trajectory of architecture in any given place in the world.  If you live on the East Coast of the United States, you’re going to see many buildings made of brick, because the material is strong and weather-resistant. You will also see a lot of Neo Classical architectural elements, which borrowed directly from Greek and Roman marble buildings. A perfect example is Thomas Jefferson’s home in Virginia, called Monticello. Jefferson designed the house himself, drawing inspiration from architecture of the Romans as well as French architectural design. Hence, the home is a hybrid, with East Coast brick but also with domed “forum” style rooms, Doric style columns, classical pediments, triglyph motifs, and formal balusters. On the West Coast in California, you will see the bungalow style house, popularized in the 1950s when the lines between indoor and outdoor living were blurred and the population of family homes swelled tremendously. This style of house came about in response to the pared-down, restrictive style of home that the Second World War affected on 1940s America. Then you have a completely different style in a place like Sacramento, Calif., and the surrounding region, best known for its roots in the 1840s Gold Rush period. Homes of that time, all the way through the 1890s, reflect Victorian sensibilities. With their bright colors, fanciful dentils, finial toppers, widow’s walks, and multiple gables, they’re hard to miss.

What Can You Do?

So what do you do if you live in one of these delightful houses and need some restoration work? Just look up balusters or column covers or whatever element of the house is in need of repair. You’re sure to find what you’re looking for, as many companies specialize in creating these architectural accents for restoration purposes. 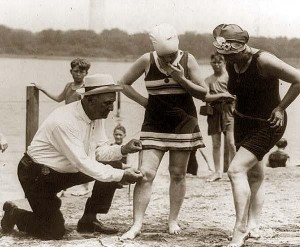 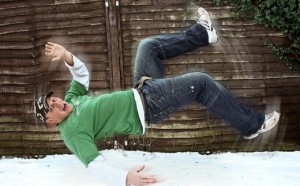