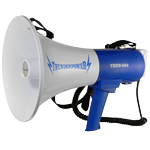 Bullhorns, also known as megaphones or loud hailers, were invented by the Greeks.

Once upon a time in the 6th Century B.C., Greece was buzzing around with creativity. Theater ruled
the day. In those days, actors wore masks that were equipped with a cone-shaped mouthpiece. This
mouthpiece helped amplify the voice, thus allowing the actors to perform before a large audience.

But this mouthpiece was all Greek to inventors across the world. They probably laughed at it and
ridiculed the poor thing. And they forgot about it for 1,656 long years as they went back to their
medieval parties.

It was in 1650 that Athanasius Kircher, an extraordinarily gifted German scholar, felt that the world
needed a megaphone; so he went ahead and invented one. Of course, Athanasius did not call it a
megaphone or bullhorn then – the name came much later.

Twenty-two years later, in 1672, Sir Samuel Morland, an English inventor, improved upon
Athanasius’s creation. He made some variations and came up with a new, improved version. He
made it in different sizes and called it the “Speaking Trumpet.” The device was considered as an
instrument back in those days.

The Speaking Trumpet served its purpose. It was used as an “announcer.” It did help the community
to a great extent, and it still has its uses. The only difference is that it is now referred to as a
megaphone.

Anyway, as technology progressed, inventors got busy and began reforming the Speaking Trumpet.
In 1919, Edwin S. Pridham gave the world the first electronic megaphone. At that time, the
megaphone required an external amplifier. The electronic hand-held portable megaphone of today
owes its existence to Edwin’s technology.

The rest, as they say, is history. The good old megaphone probably owes its star status to Cecil B
DeMille, who was the first movie director to use a megaphone on movie sets. Cecil bawled out
instructions to his cast and crew with the help of his megaphone.

The megaphone is an extremely useful device that empowers community-service efforts. It has travelled from ancient Greece to Germany to England to right in our laps. Let’s yell to that.

Geek Blogger Charlie Sueit likes to blog about the wonkey and the strange aspects of technology. When he’s not working or blogging, he enjoyes shouting poetry into a loud megaphone. 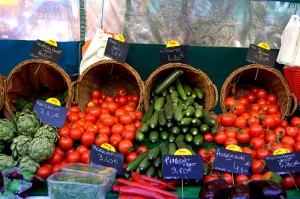 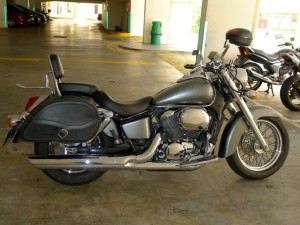 Next post How Honda Saddlebags Will Contribute To Your Protection