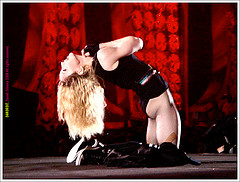 The latest ranking of the top five concert tours by box office gross per city shows a diversity among concert goers. The top five includes a pop icon showing no signs of slowing down, a pair of country superstars, a successful member of one of the biggest groups of all time, a former alternative band now firmly entrenched in the mainstream, and a show honoring one of the most iconic superstars of several generations. The list is based on data compiled by Pollstar. The trade publication acquired figures from venue managers and concert promoters based on traditional box office receipts and online ticket sales.

1. Madonna: Back on Top with MDNA Tour

Madonna tops the list with a total of $5,128,536 at $165.55 per ticket. Madonna is no stranger to successful tours. The Sticky and Sweet Tour, Madonna’s last tour spanning 85 cities, brought in more than $400 million. The MDNA Tour will span 89 cities, which makes it Madonna’s most ambitious tour to date.

2. Kenny Chesney and Tim McGraw Join Forces with Brothers of the Sun Tour

Country veterans Kenny Chesney and Tim McGraw come in second with $4,424,809 at $88.92 per ticket. The tour, which wrapped up at the end of August with two shows at Gillette Stadium in Foxboro, Massachusetts, spanned 22 cities. Poison front man Bret Michaels made an appearance at one show. Grace Potter & The Nocturnals and Jake Owen served as opening acts.

Former Pink Floyd bassist Roger Waters ranks third with $2,800,185 at $113.61 per ticket. Waters dazzled crowds with lavish productions of songs from the iconic Pink Floyd album, The Wall. Bandmates Nick Mason and David Gilmour joined Waters for a performance at London’s O2 Arena. Waters’ tour was the top grossing tour for the first half of 2012 with 1.4 million tickets sold.

Cirque du Soleil’s Michael Jackson: The Immortal Tour comes in fourth with $2,610,093 at $98.33 per ticket. The show, which will be at the Mandalay Bay Resort and Casino in Las Vegas into 2013, has racked in over $400 million in total. More than $100 million of this are from 2011 figures, accounting for the fourth place ranking. Due to rapid online ticket sales, additional shows were added after initial dates quickly sold out. The show incorporates many of the top songs of the late artist and closes with a tribute to Jackson set to “Man in the Mirror.”

Former alternative rockers turned mainstream favorites, Coldplay, round out the top five with $2,273,519 at $83.87 per ticket. The band’s Mylo Xyloto Tour started in October of 2011 and concludes in November with a show at Suncorp Stadium in Brisbane, Australia. Coldplay’s fifth tour has brought in nearly $150 million so far. The tour will encompass 86 dates in total.

Derek often likes to blog about music. When he is not blogging, he works part-time at a high school and helps out the local choir. The following article is for online ticket sales. 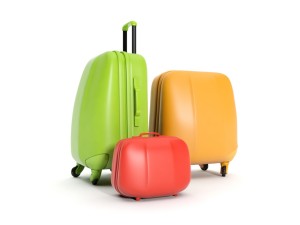 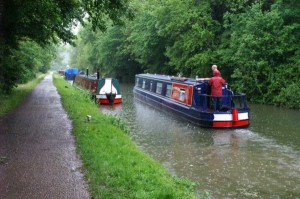