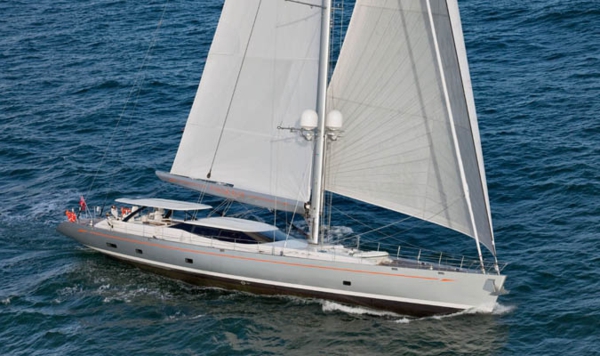 Sailors dream of the open water, the wind in their hair, being at one with nature and all those other cinematic snapshots of life at sea.

And while there’s nothing quite like that experience, sometimes it’s preferable to stick closer to shore. Perhaps you want to attend a sailing school to make sure your sea legs are skilled up. Perhaps you want to combine your sailing holiday with some beach relaxation. Or perhaps the idea of mixing sailing and a city break appeals.

San Francisco may not be the first place that springs to mind when you think of sailing holidays, but it ticks all those boxes and more besides. Here are our top ten reasons to consider sailing in ‘The City By The Bay’- flowers in your hair are optional.

Sailing Weather
San Francisco Bay is great for sailing as the conditions vary considerably depending where you are. Heavy and light winds, beaming sun and atmospheric fog, heavy and light swells can all be experienced, even on the same day! An expert tip for beginners is to set your alarm clock-the Bay rarely gets windy until the afternoon.

Beaches
No matter what you like in a beach, San Francisco has one to suit. Ocean Beach is perfect for surfers, the shallow waters of East Beach are great for family fun, and Aquatic Park, right in the heart of the city, has warmer waters and more sand than others. Perhaps the most interesting however is Baker Beach. If you’re a nudist, extreme Frisbee fanatic, or volleyball fan, Baker Beach is the place to go.

Site of America’s most infamous prison, Alcatraz has an eventful history worthy of a blockbuster movie. It proudly holds a reputation as a prison from which no prisoner ever escaped- although tens tried. Famous inmates include Al Capone, James “Whitey” Bulger and Robert Stroud, who became known as the Birdman as Alcatraz. Sailing around Alcatraz gives unparalleled views of this isolated, bleak island, which still exudes an ominous atmosphere.

Golden Gate Bridge
One of the most iconic bridges in the world, the Golden Gate has been a welcome sight for sailors after a tough Pacific crossing for decades. Any sailor with an interest in history will jump at the chance to follow in their wake and sale under the 75 year old gate. Plus, the views of San Francisco Bay from here are truly spectacular.

The Maritime National Park
Floating historical ships including schooners, steam tugs and square-riggers beside the pier. An archive of more than 35,000 artefacts telling the story of America’s maritime history. The Bathhouse, a museum in the shape of a ship. The Maritime National Park is known as one of US’ finest maritime collections, and with good reason- even the most casual seafarer will enjoy rustling around

Fishing
Sailing and fishing go together like Bert and Ernie, and San Francisco offers heaps of choice. Salmon, rockfish, halibut and sturgeon all live around the Bay in abundance, while the more adventurous fisher can even try and net a leopard shark. Ensure you check any restrictions beforehand- many species must remain untouched from January to June, for instance.

Sailor-Friendly Restaurants
What could be better after a long day of sailing then docking outside a restaurant and relaxing with a delicious meal? A number of San Francisco restaurants have their own docking facilities so you can do just that, with your appetite whetted after a day of sea air. Among the pick of the bunch are Cove Cafe, Miss Pearl’s Jam House, Pier 15 and Sam’s Anchor Cafe.

America’s Cup
If you’re planning a 2013 sailing holiday, then consider going in September. The 34th America’s Cup is being held in San Francisco, from September 7th to 22nd. All eyes in the sailing world will be on the race of 72-foot catamarans, as the Golden Gate Yacht Club defends its title.

Sausalito
Sausalito is one of San Francisco’s biggest maritime communities, with more than 400 houseboats bobbing along the north end of the town. As well as almost a dozen marinas, Sausalito also has a number of museums and centres dedicated to the area and its long history of shipbuilding. Animal lovers should  also visit the Marine Mammal Centre, a haven for lost and injured seals, sea lions, otters, dolphins and other marine mammals.

Angel Island
Angel Island is known as the ‘Ellis Island of the West’ thanks to its Immigration Station, which processed around 1 million Asian immigrants from 1910 to 1940. Now, the Immigration Station is a National Historic Landmark, and the entire island is part of Angel Island State Park. The island offers jaw-dropping views of mainland San Francisco, while its secluded port is perfect for a relaxing afternoon.

Biog: A day at a sailing school followed by a night tour of Alcatraz is on Laura’s bucket list. 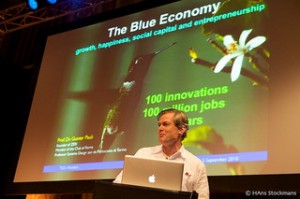 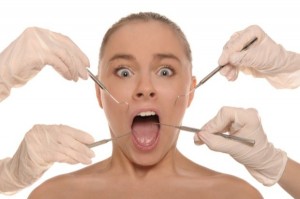 Next post Is Dental Phobia Rational And Can We Overcome It?