If at one point you realize that, even though of average or even well above average intelligence, your child is having trouble with schoolwork, you should know that these difficulties might be caused by one of a number of learning disorders. If you do think that this might be the case, you would do a great disservice to your child if you didn’t take him or her to a child psychologist and tried to determine if the child is indeed suffering the effects of a learning disability. There are a number of such tests available, such as the specialized dyslexia test, or more general The Wechsler Preschool and Primary Scale of Intelligence or Wechsler Intelligence Scale for Children. Aside from detecting certain learning disabilities, these tests can also determine if your child is particularly gifted. Learning disabilities are usually classified into two distinct categories, specific learning disabilities and general processing issues.

Some of the general processing issues can develop into a specific disability, including non-verbal learning disorder, which causes complications with spatial perception; or dyspraxia, which is to say, a disability that affects one’s motor coordination; phonological disorder, which prevents that afflicted person from distinguishing between different phonemes; as well as expressive language disorder. However, one of the best known and most common learning disorders is dyslexia.

Dyslexia is a neurological condition that can often be hereditary, and which, basically, affects a person’s ability to either read properly, or to write with ease. There are different types of dyslexia, including dyscalculia, which unlike other types doesn’t target one’s ability to interpret letters, but instead causes problems with the understanding of mathematical problems; dysgraphia, which prevents people from writing legibly and organizing letters into words; specific learning disability in spelling, which can be difficult to distinguish from dysgraphia, or just simple bad spelling; and dysphasia – or reading comprehension disability, which doesn’t affect one’s ability to read out written text, but instead, prevents the person from understanding the text that they have read.

Keeping an eye out for these disorders, and noticing their symptoms on time is immensely important, as your child might develop a number of personality problems because of the confidence issues which can often arise because of the disorders, and miss out on a great deal of schoolwork. There are methods to alleviate the effects of most of these conditions, and with the proper guidance, your child might have a much better chance of getting a normal education.

Previous post What Are You Waiting for? Use Protein Supplements to Grow Leaner Muscles! 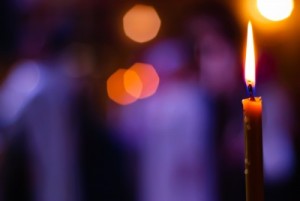 Next post Spiritual Wellness: Summary of how to live well