You were jogging in the park, minding your own business, when someone suddenly jumps out of the shadows and flashes you his private parts. Shocked, you stopped in your tracks. Before you could even blink your eyes, the flasher was gone, leaving you to think if it was just an imagination or not.

What you’ve just witnessed is the classic M.O. of an exhibitionist.

Just for Fun
Most flashers aren’t really out to harm people. More often than not, he’s just someone who’s been dared to show his private parts to an unsuspecting victim. Doing so could get him into the crowd he’s always wanted to join. He could also be doing it as a prank or to make his friends laugh.

There are also some flashers who get caught up in the atmosphere or mood of the crowd. Let’s say for example you were at a Mardi Gras event where the crowd is getting pretty heated up. People are drinking, laughing, singing, and dancing. Then there are also a few women flashing their breasts at the spectators for fun. Because of the attention they are getting from the public, some women will follow suit.

These are pretty harmless. The flashers don’t mean any harm, although it earns them the ire, annoyance, and displeasure of the other spectators.

A Mental Disorder
However, there are also some flashers who are doing this not because he’s only after a little fun, but because he needs to. This mental disorder is called exhibitionism.

Exhibitionism is the compulsion or the urge to show one’s private parts, such as genitalia and breasts, to strangers. Instead of simply having fun, they feel sexually aroused at the thought of someone seeing their genitals and breasts. They also feel some arousal at the thought of the other person having sexual feelings for what he has seen.

Most exhibitionists are quite harmless. After showing their genitals, they usually disappear. However, there are some exhibitionists who are thinking of more than just showing their private parts. In fact, a study revealed that some of them do want their victims to want to have sex with them. There are also those who want their victims to feel fear, aside from anger and disgust. This is when flashing becomes sinister.

Exhibitionists who not only enjoy flashing their private parts but also act out on their fantasies are dangerous. People who belong to this group often engage in sexual crimes such pedophilia, child molestation, rape, etc.

Treating Exhibitionism
Exhibitionism can be treated and controlled. Treatment for exhibitionism includes medications that lower the testosterone level in the body as well as control sexual urges. By reducing this, the compulsion to flash one’s genitals is also reduced. Anti-depressive and anti-anxiety medications may also be given. In addition to this, exhibitionists are also required to undergo psychotherapy as well as adjunctive therapy such as social skills training.

If these cannot control the compulsion, surgery may be indicated where the testes is removed surgically. By removing the testes, testosterone production drops. Surgery though is only given to repeat offenders and serious sex offenders like violent rapists and pedophiles.

Flashing and exhibitionism are considered a crime. If caught, the offender can be sent to prison.

Jennifer Daley writes for www.ElliotSavitzLaw.com. Exhibitionism can get you into a lot of trouble, and if caught, you’re going to need a lawyer to get you out. 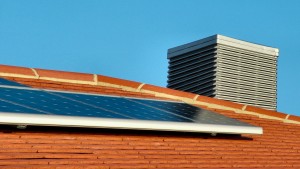 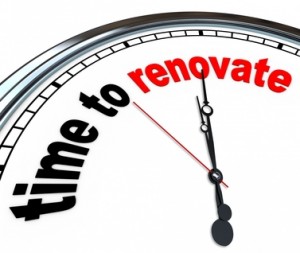 Next post 5 Hot Fencing Ideas For Your Home Renovation!