And to make things even worse: They’re not doing anything about it.

Small businesses are only flirting with social media. It’s a hobby for them. Maybe it’s just something fun to do. If they want to be successful, though, they need to get committed.

Why? Because social Media is here to stay.

It doesn’t take a research survey to determine that only dabbling in social media isn’t good enough. Social media takes a lot of effort — more than most small business owners may want to put into it. But if social media is done correctly, it can have a huge impact on your business.

It’s time to get past the flirting stage and move into a full-fledge relationship with social media. Why? Because it’s not going away anytime soon.

That starts with picking one social network you’re comfortable with and executing on only that network. By signing up for three to five social networks, you’re spreading your efforts to thin and won’t be successful.

As social media grows, this can be a difficult choice, but try and stick to the major networks: Facebook and Twitter. Twitter is simpler to use, but more difficult to attract the right followers. Facebook is a bit more intricate, but more popular than all of the other social networks.

Learn the basics of your social network, create a simple, yet informative profile, and begin adding friends and requesting followers that are appropriate to your business.

The phrase, “less is more,” is a good starting point for your social media efforts.

Don’t go overboard. Rather, stay consistent, simple and don’t forget who you are and what your business represents. You can’t copy other successful social media campaigns if they don’t fall in line with your business’ brand.

Don’t be afraid to experiment

There’s a reason why not too many people go out and buy books on how to effectively use social media. Why? Because it’s constantly changing. That’s why you can’t be afraid to experiment with your social networks.

Remember, though, that while you’re encouraged to experiment, don’t lose your social media roots. Still post content on a consistent basis and utilize tactics that are showing evidence of success.

Take the tactics that aren’t working and begin to tweak them. Don’t be afraid to make a mistake. As pointed out earlier, many small business owners are making mistakes when it comes to social media. Practice makes perfect.

The only way to determine that “sweet spot” for your social media efforts is to try new things outside of the box.

Social media can be difficult, but your success is truly measured by what you put into it.

Don’t give up and you’ll start to experience that success you desire.

And if you need some help, there’s plenty of support online. Sites like SocialMouths.com offer a ton of great content that can spark you with many ideas.

Don’t think of social media as a one-time blind date — be committed to it and nourish your time together with it.

Andrew Dodson is a business blogger that understands the best banks for small business. 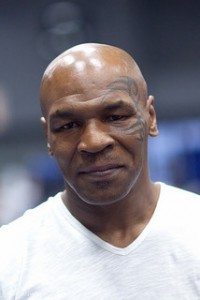 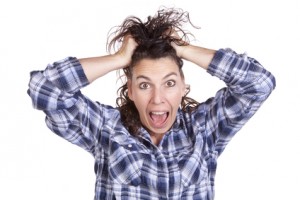 Next post For Sale By Owner: Costs vs. Savings