Our world is dominated by cars. Our streets accommodate both driven and parked cars, our cities and states are tangled in a web of asphalt and our entire nation is threaded together by large interstate highways. It wasn’t always that way, though. Our roads and the cars that drive on them have come a long way since the Benz Patent-Motorwagen was first released in 1886. Before HOV lanes — even before the Lincoln Highway — cars were little more than gasoline-powered carriages, offering little protection from the elements and even less safety in a crash. Now, however, every mass-produced automobile on the road endures numerous safety tests, has to adhere to strict standards and has had teams of engineers dedicated to every aspect of its design. Looking at the advances made in cars in the past hundred-and-some-odd years, it’s easy to see that the future of automobiles will be interesting indeed.

Looking into the Past

Though originally adapted from carriages and carts, car design and features have never stayed the same for long. In 1902, less than two decades after the release of the first manufactured gasoline car, Oldsmobile released the first large-scale, production-line automobile. Henry Ford further developed large-scale automobile production models 12 years later, giving his company the ability to roll a new car off the line every 15 minutes, a revolutionary concept. 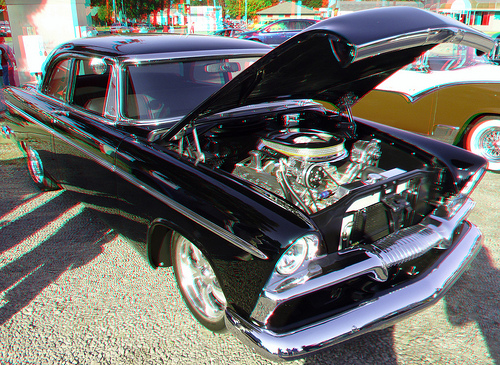 Soon, car parts began to be standardized, making repairs easier. This lets car owners save money on upkeep and retain their vehicles longer. It also makes the used car sales model as attractive as that of brand new vehicles, since buyers aren’t risking catastrophe by purchasing an older model. Over the last century, cars have advanced from simple carriage-like vehicles to sleek, diverse vehicles ranging from two-seater luxury sports cars to seven-person minivans built for bustling families.

Right now, cars are undergoing a major shift. Electric vehicles are becoming more common, affordable and practical, many higher-end cars can integrate with your smartphone to send/receive phone calls, text messages and email and more cars offer in-dash touchscreens with navigation and in-car music storage. Advances in manufacturing have contributed to our ability to enjoy new electronic technology. Things like micro molding allow auto manufacturers to quickly and efficiently create custom buttons to help people interface with their new systems without breaking the design aesthetics of their cars. Try doing that with a heavy knob or switch from the 1950s.

Some cars can detect individual users by their wireless key fob signals and automatically adjust seat position to that person’s preferences. Tesla’s Model S cars detect errors resulting from collisions and direct drivers to find a safe place to pull over before they have the chance to be further harmed. The company then contacts the owner to make sure everyone’s safe and to get the car to a repair center.

The future of the automobile is wide open. Several manufacturers are working on hydrogen powered cars, hoping to bring them to market in just a few years. Hydrogen’s interesting, because the only exhaust from a hydrogen engine is water, making it attractive as a far less polluting technology than diesel or gasoline.

Electric cars aren’t sitting idle, either. Several companies are working on inductive charging that would allow EV owners to keep their battery packs juiced up by parking over a special coil implanted in a parking spot or even by driving in an inductive-enabled lane. Every EV manufacturer is working on expanding EV car ranges and making them more affordable. While electric cars won’t entirely replace internal combustion engines anytime soon, they’ll add more choice, which is better for everyone.

There are hundreds of advances being researched in the automobile industry right now. It would be impossible to cover them all in a single article. Luckily, they’re covered by almost every major news outlet regularly, so all you have to do is keep your eyes open and a vision of the future will come to you.