Posted in Sports
Author: Editor  Published Date: September 19, 2012  Leave a Comment on Choosing To Ski Or To Snowboard – Which Is Right For You?

History of Skiing
The organised sport of alpine ski racing began in Australia and America, with the first recreational ski club being started in Kiandra in Australia in 1861. This was also the location of the first documented international downhill carnival.

However, the true origins of skiing can be traced much further back in time than that. In Nanortalik, Greenland, a primitive 85cm long wooden ski was found, dating back to 1010. Going back even earlier, the very first primitive ski, dating back to sometime around 2500 to 4500 BC, was found in a peat bog in Hoting, Sweden. There are, however, carvings in Norway dating back to about 5000 BC, which show a skier with one pole. 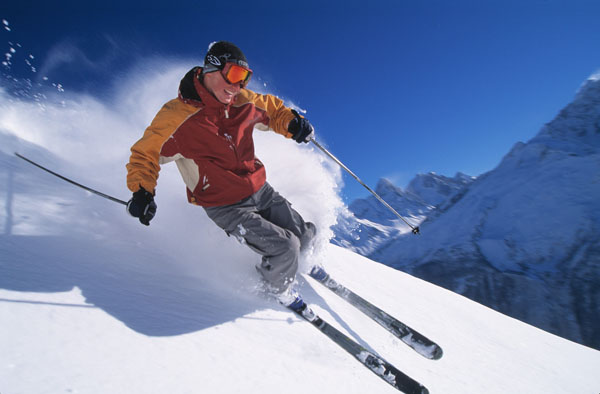 History of Snowboarding
Snowboarding started in the 1920s with men and boys tying wooden planks to their feet. However, modern snowboarding did not begin until 1965, when engineer Sherman Poppen tied two skis together for his daughter. It was originally called the “snurfer”, and became so popular that he licensed it to a manufacturer. Over the following decade, about a million of them were sold.

Poppen began organising snurfing competitions in the 1970s, and popularity for the sport grew throughout the 70s, 80s and 90s. In 2004 there were 6.6 million snowboarders, and throughout the 21st century the sport is still increasing in popularity.

Quicker to Learn: Snowboarding
When you first get on a snowboard, you will probably find yourself falling over more than a beginner skier. However, the tendency from that point on is for snowboarders to rapidly get better. With skiing, although you won’t fall over quite as much as a beginner snowboarder, it tends to take longer than snowboarding to properly get the hang of it. This is due to having to learn how to coordinate both your legs as well as learning to use the poles correctly.

Best Access to Runs: Skiing
Skiers tend to have better access to ski runs. This is partly because some resorts were created specifically for skiers, and partly because some resorts just evolved to be better for skiers. Here are some common situations where skiers have it betters than snowboarders:
• Riding the T-Bar – this can be a bit more awkward on a snowboard than on skis.
• Moguls – it is much easier to weave in and out of the moguls on skis than on a snowboard.
• Flat Sections – moving swiftly along flat areas is easier on skis with the use of the poles.

Which is Cooler? Snowboarding
Of course, it depends what your reasons for taking up a sport are, but there’s no denying that snowboarding has a certain coolness to it that skiing just doesn’t have. Snowboarding is the snow version of surfing, so it’s got that surfer dude attitude to it, but with more clothes on!

Bio: This post was written by Chris from Simply Piste an online ski clothing store, take a peek at our great range of snowboarding jackets.