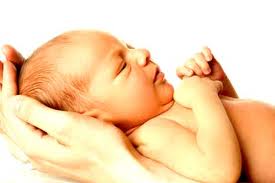 Some couples start trying to have a family immediately after tying the knot while others wait until they can practically hear their biological clock ticking. But either way, you may find that the process is not quite as smooth as you imagined. If you’re relatively young and healthy, you’re probably expecting to see a positive result on a pregnancy test within just a few months of starting to try for a baby. But if the pink line is elusive, you might start to wonder if something is wrong, especially if you’re making every effort to conceive. As it turns out, you’re not alone in this struggle. Issues with fertility are not uncommon for both men and women. The good news is that many conditions responsible for infertility can be addressed in order to ensure that you’re able to start your family. Here are just a few common factors you may face in your quest to get pregnant.

Your inability to conceive may not be linked to a complex medical issue, as many people mistakenly assume. In fact, it could be something as simple as your age, weight, physique, or even the clothes you wear. If you’ve waited until your forties to have a child, you could face some problems with conception simply due to the fact that your body has passed its prime childbearing years. This doesn’t preclude you from getting pregnant, but it can certainly decrease your odds of conceiving, in which case you’ll want to speak with a doctor about your options. However, carrying around extra weight could also be to blame, and this is most easily solved with a nutritious and balanced diet that features portion control, paired with increased activity.

Of course, the problem could also be your particular physique. For example, some women have what is known as a tipped uterus, a physical characteristic that doesn’t necessarily stop you from getting pregnant, but that could make the prospect more difficult. Often, it can be combatted simply by trying different sexual positions. For men, one extremely common issue that is easy enough to fix is the heat generated by wearing tight clothing, which can lower sperm count. Getting pregnant could be as simple as wearing different underwear or pants.

Unfortunately, there could also be other conditions at play. For example, certain necessary medications could have the side effect of reducing fertility. And if you’ve recently stopped taking birth control after several years of using this long-term form of protection, it could take a while before you’re cycle is back on track. But you could also be suffering from medical conditions that make it difficult for you to get pregnant. Men, for example, could suffer a low sperm count due to all kinds of medical issues such as genetic defects, undescended testicles, and even aliments like diabetes or cancer. And women could have issues conceiving if they are prone to cysts, fibroids, or other growths. Endometriosis is another condition that is not altogether uncommon.

Although it can be hard to combat hereditary conditions and the onset of ailments that throw a wrench in the works when it comes to starting a family, there are a number of fertility treatments that may help. For one thing, a little planning via a New York or California cryobank could mean that having your own children is an option down the line even if you’re not ready to start just yet. But you could also try hormone therapies if it comes down to it, or find ways to treat medical conditions so that you have a better chance of getting pregnant. And you can always consider surrogacy or even adoption if all else fails. Infertility issues don’t have to stop you from having a family of your own. Once you know the cause of your problems you can find ways to treat them or at least move forward in your quest to start a family by another means.