The Open Championship, often erroneously referred to as the British Open, is one of the world’s greatest sporting events, attracting the planet’s best players every July to a showdown in the wind, rain and freezing cold temperatures of a typical UK summer. Actually, it would be fair to say that the sun shines from time to time as well, but the choice of seaside links courses means the difficult conditions could turn up at any moment.

Unlike the US Masters, the Open is held at several courses in a rota, and many of these venues have become legendary to golf fans in all four corners of the globe. The Old Course at St Andrews, perhaps the most iconic course in the world, needs no introduction. But others on the rotation are just as celebrated. Mention Carnoustie, Troon, Royal Birkdale and Muirfield to aficionados of the game and the chances are they will be salivating within seconds.

There are some which are no longer on the rota, however, but they still offer a stern test for players of all abilities. Here are the famous five. 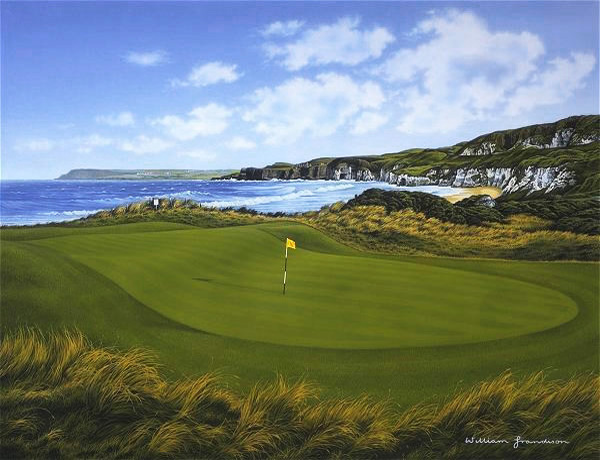 Royal Portrush
In 1951, the Open took place in Northern Ireland, and this tournament remains the only occasion when it wasn’t held in Scotland or England. It was won by Englishman Max Faulkner on that occasion. In 2012, Royal Portrush hosted a very successful Irish Open, which saw a win for Jamie Donaldson of Wales. This fine venue is located in County Antrim.

Prestwick
Located on the stunning west coast of Scotland in Ayrshire, Prestwick was the first venue to host the Open, and to this day it remains a wonderful course with undulating fairways and large sand dunes to test the player. It was dropped from the rota in 1925, after playing host on 24 occasions. Despite not hosting for more than 85 years, Prestwick has still held more Opens than any course except St Andrews.

Royal Cinque Ports
Founded in 1892, the Royal Cinque Ports Golf Club is located in Deal on the Kent coast, an area that is home to several tracks, all of which regularly have to contend with a strong win off the sea. It hosted two Opens, the last of which was in 1920. The winner was George Duncan of Scotland.

Musselburgh Links
Commonly regarded as the oldest golf course in the whole world, Musselburgh Links hosted the Open on six occasions, the last of which was back in 1889, when Scotland’s Willie Park, Junior took first prize. Golf has been played here since at least 1672, although there are claims that go back further than that. It’s located in East Lothian.

Prince’s Golf Club
Another Kentish course that’s close to Royal Cinque Ports and the currently-used Royal St George’s, Prince’s hosted its one and only Open Championship in 1932. The winner on that occasion was the legendary American Gene Sarazen. The course is still used today in qualifying rounds for the Open.

David Showell is a keen golfer who lives in the UK. He works for http://www.comparecarrentals.co.uk.