Certain brands create that effortless style many others try to emulate and more often than not fail to do so. Henri Lloyd is one brand that has the specialities range of sports clothes for everyday wear down to a tee – a golf tee that is.

Henri Lloyd came into existence in 1963 and began making clothing for sailing, yachting and golfing – the finer things in life so. Lloyd was originally a polish soldier and came to Britain after the Second World War. In fact, he was awarded Polish and British medals for bravery during the brutal war. 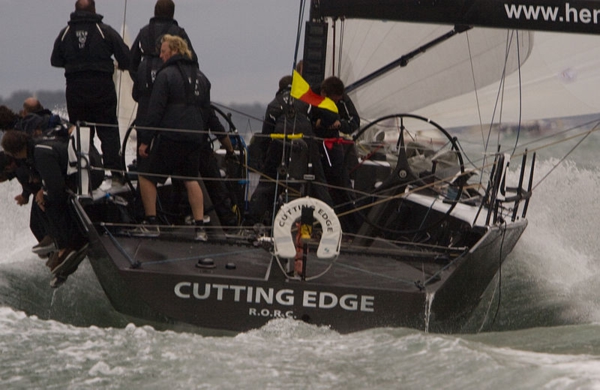 In Britain, Lloyd took up textiles and design and worked with a number of local companies in Manchester before setting up his own company in the mid-1960s.

Henri Lloyd was among the first to understand how a fabric known as Bri-nylon could be used to create sailing clothing. Lloyd created a number of firsts in the sailing clothing area and is known for creating the first non-corrosive zip in the area, as well as for the introduction of the first Velcro closure on garments. These innovations all fitted well in with the need for waterproof clothing and really laid the foundations for the company’s success.

When Francis Chichester circumnavigated the world wearing the clothing of Henri Lloyd in 1966, the clothing became renowned as the essential gear for those involved in sailing. In 1979 this was bettered by Sir Ranulph Fiennes, who wore the clothing when travelling around the world via the North and South Poles.

The use of Gore-Tex in clothing, a highly breathable fabric, was also a first by the company in 1994. Amazingly the product was tested for 22,000 hours at sea before it went into production for the mainstream.

Lloyd didn’t stop there and continued to move into different areas. The Henri Lloyd black label is seen the company’s leap into Italian inspired sportswear and was extremely successful. In fact, the company were rewarded with the 1997 British Fashion Brand of the year.

Of course, Henri Lloyd clothing is available for a wide range of other areas and there is even a denim focused brand called HL Jeans Co. Lloyd’s clothing also has links with motorsport and sponsored the Brawn GP Formula One Team.

Henri Lloyd has also received a number of awards in his lifetime and was given the Member of the Order of the British Empire in 1985 and has also been awarded with two Queen’s awards for Export Achievement in 1986 and then again in 1987.

Currently Henri Lloyd clothing is seen as among elite sports brands in the UK. The company’s penchant for style and well-made practical clothing has seen them flourish in popularity in the last half century. It’s a long way from Poland but for Henri Lloyd, it’s been a big success story.

Jeanstore offer a great range of Henri Lloyd clothing for adventurers and the high street.