The next time you are behind the wheel, guilty of all the “driving no-no’s” such as texting while driving, attending to screaming kids, eating dinner on the go, or finding your favorite song on the radio, it’s important to think twice about all the lives you are putting at risk.   The National Safety Council estimates that every 30 seconds there is a crash involving a driver who uses a cellphone for texting or talking, resulting in well over 950,000 accidents (and growing) in just 2013 alone.  Distracted driving is a prevalent issue on American roads, which cannot and should not be ignored.  While thousands of drivers, each day, know that driving distracted can lead to death or injuries, some drivers have a “can’t happen to me” attitude; with that attitude, distracted driving becomes an epidemic of the road.

Every time you pass another motorist on the road, chances are he or she is busy talking on their cellphone or fumbling for something on the passenger seat or on the floor with eyes off the road, one hand off the wheel, and a mind somewhere else.  Even the most experienced of drivers agree that driving requires full attention; which means your eyes must be focused on the road, both hands must be on the steering wheel, and your brain must be thinking about your driving.  Some early morning commuters, attempting to get a head start on office work before they arrive at the office, may attempt to “multi-task” by answering texts, making phone calls or answering a few e-mails. 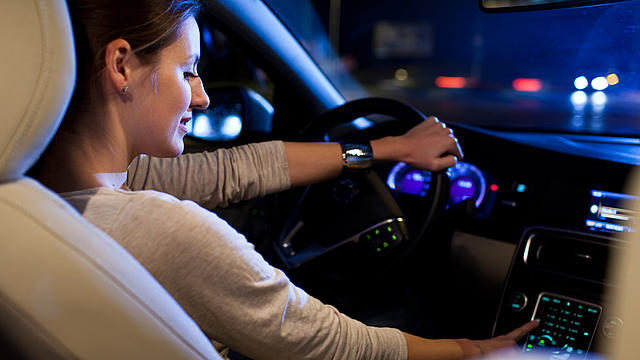 Studies challenge the idea of “multitasking” when they suggest that it doesn’t actually exist.  Yes, you may think you are able to do a few things at once, but once you switch from one task to another your brain struggles to keep up or “prioritize”.  Think about a quiet drive in the morning.  When you start out on the road, your full attention is on the road, your driving, and the drivers around you.  As a whole, you are completely focused on driving.  Then your boss calls, requesting status reports.  As soon as your phone rings your attention, from the road, changes and your brain struggles to give full attention to the task of driving.

“I’m not talking on my phone; therefore, I’m not distracted”

If you are a law abiding driver who knows that it’s illegal in most states to text/talk and drive, you may think that you are free from distraction, but think again.  Do you drink coffee in the car?  Do you like to blast music during a nerve wracking commute?  Do you carpool with a group of chatty friends?  If you answer “yes” to any of these questions, you are a distracted driver.  Distracted driving is any activity that could potentially divert a driver’s attention from the task of driving.  Such activities can put the lives of all drivers, passengers, and even pedestrians, at risk.  While it might be more difficult to prove, if involved in an accident, that you were “distracted”, it’s vital that you start changing your dangerous driving habits.  Don’t make the change before it’s too late to save innocent lives.

In 2011, 5 year old, Jake Owen died in a crash involving a distracted driver.  According to Owen’s parents, their vehicle was struck by a driver who was traveling over 60mph and was talking on his cell phone.  When the driver struck Owen’s vehicle, he had not applied the brakes and as a result, hit the vehicle at top speed.   Unfortunately, Jake Owen is just one of thousands of young children who lost their lives too soon because of an inattentive driver.

Make the Pledge, Promise to Make Safe Driving a Priority

Whether you decide to sign on to any number of safe driving campaigns or choose to make a verbal promise to your family and friends, changing the way you drive should be one of your top priorities.  While Jake Owen’s family will never be able to see the young boy again, you and your willingness to drive undistracted can show your loved ones that you care about them and other motorists on the road.  Remember, it’s never too late to change the way you drive.

About the Author: Anita is a lifestyle guru, fashion enthusiast, self-claimed health expert and a writer. Follow her on Twitter or Google+.